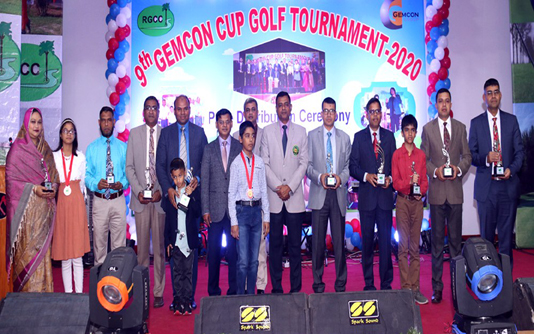 Over 100 contestants of different Golf Clubs from across the country participated in the male, female, junior and sub-junior groups of the tournament, a press release said.

The Gemcon Group sponsored the tournament organised by RGCC on its ground
located on the Ghaghot river bank in the outskirts of the city.

In the Female Group, Nasrine Haque Boby became the winner.


Elhan secured the first position while Nisa became the runner up in Junior
Group.

In Sub-Junior Group, Zarif secured the first position and Saiba became
runners up.