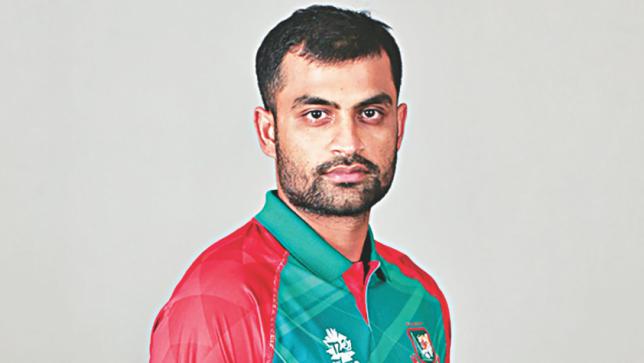 Sports Desk : Tamim Iqbal, who replaced Mashrafe Bin Mortaza as the ODI captain of Bangladesh admitted, that it would be hard for him to fill shoes of the charismatic personality Mashrafe, who brought up immense success with his shrewd leadership as well as made the country a cricketing giant in one-day format.

Having said so, Tamim urged the fans and media to keep patience on him and give him some time to cope with the captaincy pressure.

“I said always, it is really very very hard to be the successor of Mashrafe. If you expect that I would touch his level now, it will be unfair on me. I will try my best,” Tamim said on his first interaction with the media as Bangladesh’s new ODI captain on Saturday.

As per the desire of Tamim Iqbal, The Bangladesh Cricket Board (BCB) in fact gave him the captaincy for a long time.

“I am not saying that I can’t do it or this team can’t do it. But you can’t expect that everything will be changed overnight. You have to give me some time. Hopefully I will take short time to cope with that and the team will do well.


Even though Mashrafe got the captaincy for the first time in 2009, he couldn’t continue due to his recurring injury. He however was given captaincy again in 2014, a decision that was proved masterstroke as the lanky pace bowler led the country’s cricketing renaissance with his astute leadership.

During his stint, Bangladesh won its first bilateral series victory over cricketing giants like India, Pakistan and South Africa. He also led the side to move to the quarterfinal of 2015 World Cup and semifinal in 2017 ICC Champions Trophy.

Under his captaincy, Bangladesh became runners-up in Asia Cup twice before clinching their first major trophy when they became champions in tri-nation tournament in Ireland in 2019.

Overall Mashrafe led Bangladesh to 50 ODI wins in his captaincy career in 87 matches, the most by any Bangladeshi captain and in doing so he also established him as one of the most successful captains in the cricketing world. While Tamim said it’s a pressure to be the successor of a captain like Mashrafe, he still thinks he has the chance to do better than Mashrafe.


“I think we have the chance. The team now is completely different than what we got in 2015. We lost some crucial players, and some are going through a bad patch. But we have some new young players. As a team if we want to beat
any side, four or five of us needs to perform. So win is important, I mean a big win. If we beat a big team, we will get confidence and I am sure after that, the team will start doing well,” he remarked.

As the success of Mashrafe is vastly determined by his successes in the ICC global event, Tamim Iqbal said the 2023 World Cup is not in his focus right at the moment as he is now keen to take the side in right path.

“To be honest, I am not thinking about 2023 World Cup now. I have been given the captaincy for long time. I will try my best, I will try to do everything possible thing to bring back cricket in right path. If the team starts doing well, we’ll think about 2023 World Cup. Right at this moment, what matters most to me is to grab a win against a big team,” Tamim added.
(BSS)