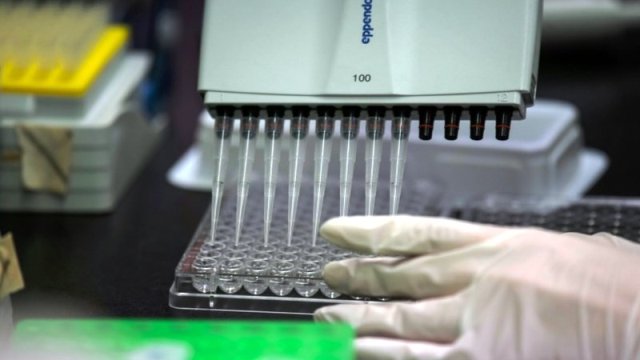 Online Desk : The pharmaceutical industry expects it will take 12 to 18 months to roll out a coronavirus vaccine, executives said Thursday, as they jointly pledged to make it available worldwide based on need.

Bureaucracy could be slashed to speed up the process — but the time needed for safety testing could not be compromised, industry chiefs and the International Federation of Pharmaceutical Manufacturers and Associations told a virtual press conference hosted in Geneva.


The global death toll has risen to over 9,000 with more than 217,000 confirmed infections, according to an AFP tally based on official sources.

“When you think about how many people we will want to vaccinate — once we have a vaccine — around the world, we’re talking billions, and that’s a huge challenge,” said David Loew, the executive vice president of Sanofi Pasteur.

“We need to ensure safety. It’s going to take 12 to 18 months until you have a registered vaccine on the market.”

Rajeev Venkayya, president of the Global Vaccines Business Unit at Takeda Pharmaceuticals, said that the timeline was “very aggressive but we think it might be feasible”.

Dozens of clinical trials for vaccines and treatments are underway around the world after the virus’s genome was shared by China, where COVID-19 first broke out in December.

But industry chiefs said they could not lower the testing standards to get a preventative vaccine on the market more quickly.


“You’re injecting this into healthy people, so you don’t want to have suddenly people getting sick because you are short-cutting,” said Loew.

“It could also have deleterious effects on other vaccines if people lose trust in vaccination,” he added.

“The regulatory authorities are cutting red tape, and that’s the way we can accelerate getting to the market quicker.”

Venkayya added that some, if not most of the testing programs being run, would fail to produce a viable vaccine.

However, the value of running multiple trials simultaneously was that “some will succeed and get across the finish line”, he said.

Venkayya said the industry would “prioritize access and equity in the distribution” of any effective vaccine.

Paul Stoffels, chief scientific officer at Johnson and Johnson, said the industry would make sure that any vaccine, wherever it is produced, “will be available” to everyone “who needs it” across the globe.

“That’s a promise for what we are doing jointly as an industry,” he stressed.


Stoffels said the problem in reaching solutions was that the virus had new characteristics compared to outbreaks such as SARS.

“This virus is extremely transmittable — and that’s what is so new. So it’s a new virus that needs new tools, and that’s where we have to start from scratch on the research.”

Meanwhile, Ricks said, money was not the issue for pharmaceutical giants in finding solutions.


Ricks said nobody in the industry was talking about how to take the credit and make money out of vaccines and treatments, while public-private partnerships could help share any financial risks.

IFPMA director-general Thomas Cueni said the industry was putting on an unprecedented united front to conquer the virus.

“We won’t rest until we find the solution,” he said.