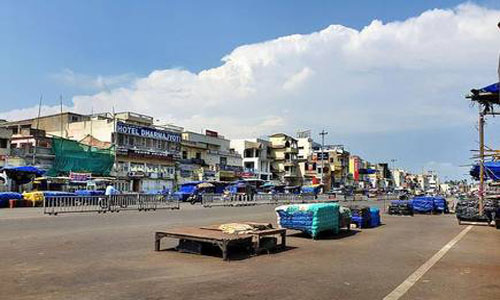 Online Desk : The Centre and state governments of India have decided to completely lockdown 75 districts across the country where coronavirus cases have been reported, officials said on Sunday.

It has also been decided to suspend the interstate bus services till March 31, the officials said, reports PTI.

The decisions have been taken at a high-level meeting attended by chief secretaries of all states and the cabinet secretary and the principal secretary to the prime minister.


In view of the need to contain the spread of the deadly COVID-19, it was agreed that there was an urgent need to extend the restrictions on the movement of non-essential passenger transport, including interstate transport buses till March 31, a Union Home Ministry official said.

State governments will issue orders allowing only essential services to operate in about 75 districts with confirmed COVID-19 cases or casualties, the official said.

The districts where lockdown was announced are from states that include Uttar Pradesh, Maharashtra, Punjab, Karnataka, Tamil Nadu and Kerala.


It was noted that several state governments have already issued orders in this regard. All the chief secretaries informed that there was overwhelming and spontaneous response to the call for ‘Janata curfew’ given by Prime Minister Narendra Modi.

The state governments may expand the list depending on their assessment of the situation.