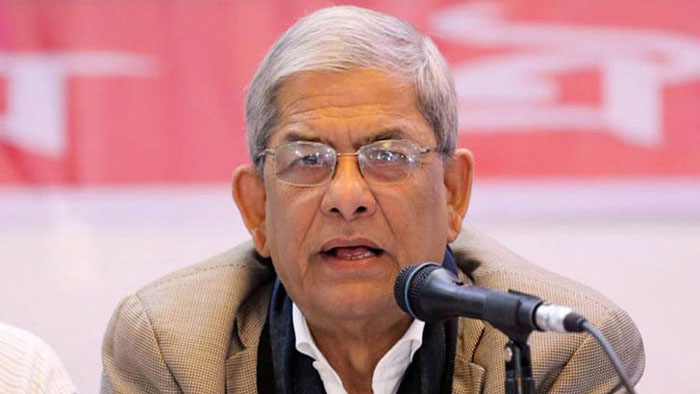 “We’ve told repeatedly that we don’t criticise for the sake of criticism. Rather, we want to assist the government. Let’s fight against coronavirus together,” he said while talking to reporters at his Uttara residence in Dhaka on Tuesday.


Expressing his regret, Fakhrul said, “The government has not constituted a national committee so far. It is the demand of the time. There are 160 million population in Bangladesh. Our economy is also very weak and fragile. It would be a very good idea if national unity can be created in the country to deal with such a major crisis.”

“We think that still there is time to constitute a national committee. It should be formed immediately.”


Asked about the process of forming such a national committee, the BNP secretary general said, “I said about the importance of it earlier. The prime minister herself would have to take initiatives. It’s not necessary to hold meetings with political party or civil society representatives. She can declare about the formation of such a committee through video conference.”

“Then there will be an impression among all. We are one. We can do. If necessary, the prime minister can hold a meeting.”