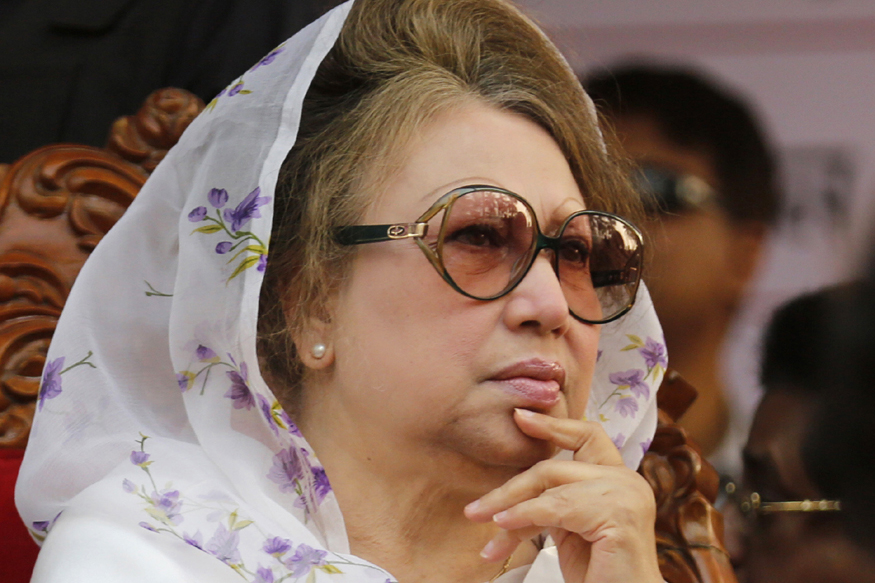 Online Desk : BNP Chairperson Khaleda Zia, receiving treatment at her Gulshan residence, is doing well but worried about the prevailing coronavirus situation in the country.
Dr AZM Zahid Hossain, a member of the BNP chairperson’s personal physician team, said, “Madam’s (Khaleda’s) heath condition is now stable but she needs advanced treatment for a long time to fully recover from her illness.”

He said they are giving the 75-year-old BNP leader necessary treatment under the supervision of her daughter-in-law Dr Zubaida Rahman.

Zahid said Dr Zubaida is overseeing her treatment from London.

On March 25 last, Khaleda was released from jail for six months upon an execute order considering her age and humanitarian ground.


The government passed the executive order for her release on two conditions — receiving treatment staying at her Gulshan residence and not leaving the country.

Khaleda was sent to Old Dhaka Central Jail after she had been sentenced to five years’ imprisonment by a special court in the Zia Orphanage Trust corruption case on February 8, 2018.

Another team member of Khaleda’s personal physicains, wishing anonymity, said Khaleda Zia is unable to walk while she is suffering from pain in the joints of her hands and legs. “She has been given therapy to relive her pains. Her diabetic condition still didn’t come under control. She has some other physical problems for which she needs treatment for a long-time.”

He said although the BNP chief is ill, she now feels comfortable at the homely environment. The doctor said Khaleda is passing her time by reading newspapers and books.


He said she is worried about the spread of coronavirus across the world, including in Bangladesh. “She’s concerned over the plight of poor people as many of them now have no source of income due to the shutdown of economic activity. She also wanted to know from doctors when the country may be freed from the virus. She looks upset over the rise in the coronavirus cases in the country.”