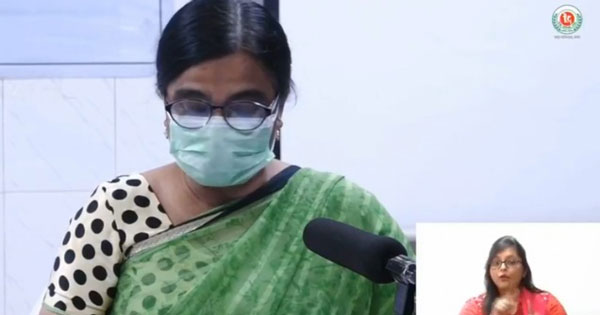 Online desk : The country overnight witnessed five fresh COVID-19 deaths and 41 cases of infection, reaching the coronavirus toll to 17 as the virus appeared to have expanded clutches most steeply in last 24 hours since its first detection on March 8, healthcare officials said.

She said of the five deaths, two occurred in the capital and rests elsewhere in the country while 20 of the 41 newly infected people were detected in Dhaka and 15 in Narayanganj.

She added of the total 164 cases of infections, 84 were found in Dhaka and 38 in Narayanganj, a scenario that suggest the two places appeared to be CPVID-19 hotspots.

The new cases suggested the highest number of deaths and infections in a day since the first case of the deadly virus was detected on March 8 in Bangladesh.

Director General of Health Services Professor Dr Abul Kalam Azad also addressed at the briefing when Flora said among the 164 coronavirus- patients, 33 have so far recovered and rests were still being treated under medical surveillance.


Azad said so far 67,448 people were kept at both home and institutional quarantine and the current number of quarantined people was 10316 as rests were released after medical clearance.

The health services chief said the government by now prepared 7,693 isolation beds at different hospitals in the country to be run under a 23-point health guideline prescribing isolation and quarantine arrangements, PPE usage and hygienic environment.


The DGHS said 6,68,386 overseas returnees have been brought under screening, adding that the authorities concerned are continuing screening those coming from abroad.