Global death toll from coronavirus at 75,542 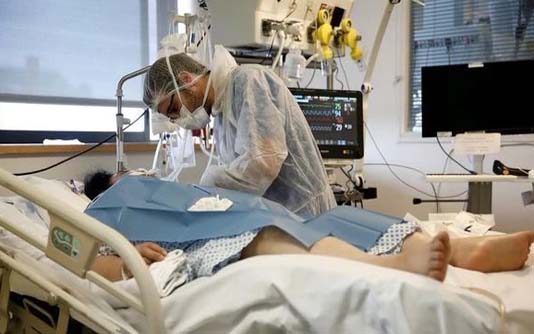 Online desk ; The worldwide number of fatalities from the novel coronavirus rose to 75,542 on Tuesday, according to a tally compiled by AFP at 1100 GMT from official sources.

More than 1,351,000 declared cases have been registered in 191 countries and territories since the epidemic first emerged in China in December. Of these cases, at least 253,900 are now considered recovered.

The tallies, using data collected by AFP offices from national authorities and information from the World Health Organization (WHO), probably reflect only a fraction of the actual number of infections.

Many countries are only testing the most serious cases.

Spain had the highest number of new deaths with 743, followed by the United States with 604.

The latest figures from Italy are due later Tuesday, but the country that recorded its first coronavirus death at the end of February has so far recorded 16,523 fatalities.


Both countries will update their situation later Tuesday.

Since Monday, Benin, Madagascar and Malawi have announced their first coronavirus-linked deaths.