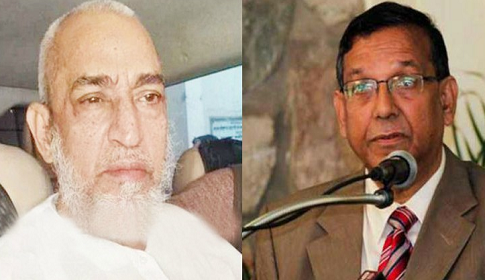 “It is a matter of comfort that we have managed to execute the death sentence of one of the killers in Father of the Nation Bangabandhu Sheikh Mujibur Rahman’s birth centenary. But we have fulfilled our commitment in part. Implementation of the judgement in this case is completed once if we will be able to execute the death sentences of all other fugitive convicts,” he said in his formal reaction to the execution of Majedthis afternoon.


Majed was executed at Dhaka Central Jail in Keraniganj on the outskirts of the capital at 12:01 am today, more than 44 years after committing the monstrous crimes in 1975, when he along with some other disgruntled army officers killed Bangabandhu along with most of his family members.

“After the execution of the convicts, who were in our custody, on January 28, 2010, our biggest challenge was to bring other fugitive convicts of Bangabandhu murder trial and execute their death sentence. We have given a commitment to people that we would execute the sentence by bringing those fugitives back. Our work has not been done yet,” Anisul added.


Reiterating that commitment once again, the law minister said “We would certainly bring those killers of Bangabandhu Sheikh Mujibur Rahman back to the soil of Bangladesh and execute the judgement of our apex court.”
(BSS)