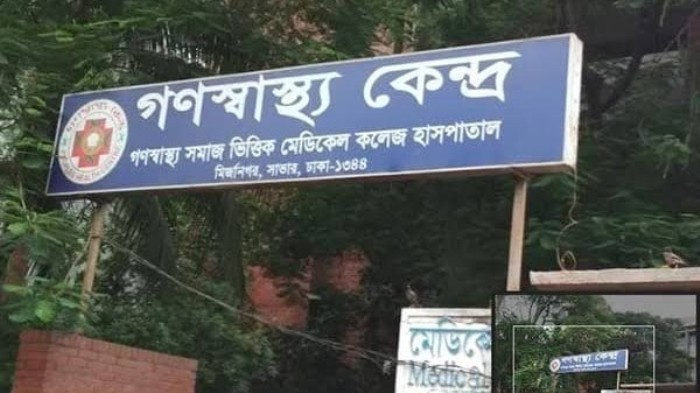 Online Desk : The Directorate General of Drug Administration (DGDA) has accorded permission to Gonoshasthya Kendra to test its kits to determine coronavirus infected patients.
The DGDA informed the Ganashasthya Kendra about the permission in a letter on Thursday.

On April 25 last, Gonoshasthaya Kendra handed over its locally manufactured Covid-19 test kits to BSMMU and the US Centers for Disease Control and Prevention (CDC) for final approval from the government.

However, no government representative was present at the kits handing over ceremony though they were scheduled to be present on that day.


Afterward, Gonoshasthaya Kendra representatives took the kits to the DGDA office at Mohakhali, but none of the DGDA officials was there to accept the kits.

Later, Dr Zafrullah Chowdhury alleged that the Drug Administration is working against the national interest.

Expressing regret, he also said: “Gonoshasthaya Kendra has not given bribe to any individual or organisation during the last 48 years, and it will also not do so in future.”

“We’ll not pay bribe anyone else to test the kits developed by the Gonoshasthaya Kendra, but continue to fight agaist injustice,” he said.


They said they have internally validated the kit after manufacturing and found it to be successful.

“Covid-19 can be diagnosed within five minutes of using this kit,” Dr Zafrullah also said.