Trump: US to have coronavirus vaccine by end of year 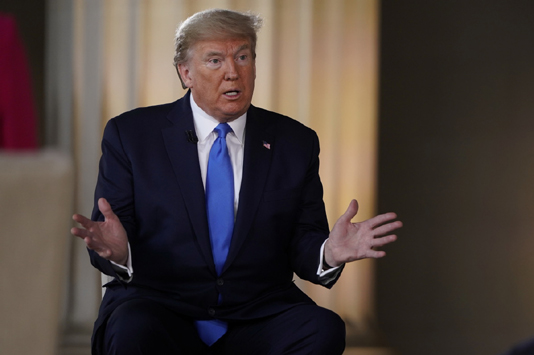 Online Desk : President Donald Trump on Sunday said the United States will have a coronavirus vaccine by the end of this year.

He also said he would urge the reopening of schools and universities in September, saying “I want them to go back.”

The vaccine prediction moves up the timeline that has been discussed as the United States and other countries race to be the first to bring out a way to prevent COVID-19, reports AFP.

“I don’t care, I just want to get a vaccine that works.”

Asked about risks during human trials in a research process that is going unusually quickly, Trump said “they’re volunteers. They know what they’re getting into.”

Trump appeared to acknowledge that he was getting ahead of his own advisors on the prediction for the vaccine.“The doctors would say ‘well, you shouldn’t say that.’ I’ll say what I think,” he said.