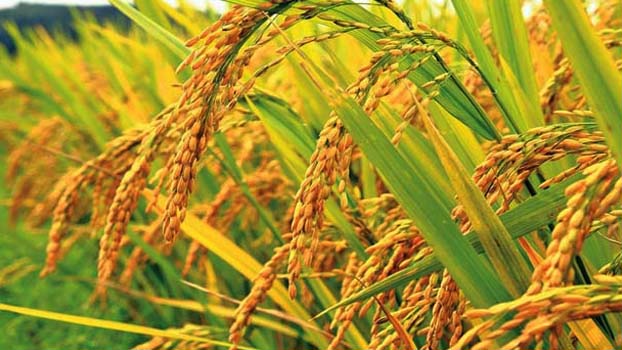 Online desk : Boro farmers in Tanore upazila in the district are worried about harvesting their ripen paddy as the coronavirus and the Baishakhi storms both hit in the area.

In many areas, paddy has fallen to ground due to the storm. Paddy harvesting seasonal labours could not come from different districts this year due to the lockdown caused by the coronavirus.

The labour shortage has raised normal wages for labours in the area. So, farmers have become worried about whether they will be able to harvest the hard-earned crop properly.


Prime Minister Sheikh Hasina has instructed various government and social organizations to stand by farmers side and cut their paddy. But in Tanore upazila, ruling Awami League and its sister organizations, and the local administration, did not come forward to help farmers in harvesting paddy.

Nur Mohammad, a farmer of Gollapara village in Tanore, said leaders and activists of ruling party are cutting paddy in different parts of the country. In Tanore, no organizations has come forward to help farmers in harvesting paddy. Farmers are worried about harvesting as there is a possibility of thunderstorms and hailstorms at this time.


Tanore Upazila Agriculture officer Shamimul Islam said boro paddy has been cultivated in a total of 13,150 hectares of land in the upazila this year. Like every year, bumper yield of boro paddy is expected. Some 400 labourers from different areas have been given clearance to cut paddy in Tanore and around 40 per cent paddy has been harvested.

Tanore Upazila Nibarhi Officer Sushanta Kumar Mahato said, “We have formed a committee with 300 volunteers in Tanore. If a farmer does not find workers to cut the paddy, let us know and we will send volunteer workers.”