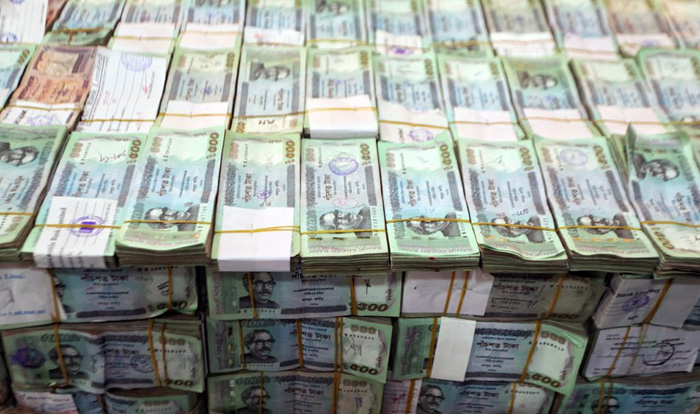 Online Desk : As much as Tk 80 lakh of National Bank Limited went missing when several crores of taka of the bank were being taken to Motijheel from Islampur in the capital on Sunday afternoon.


Muntasirul Islam, DC of Lalbagh Zone of Dhaka Metropolitan Police (DMP), said several crores of taka were being taken to Motijheel collecting from different branches of the bank in old part of Dhaka. Finally, two bags containing the money were being taken to Motijheel from Islampur through a microbus. When the microbus reached at Babubazar, people on board the microbus saw that one of the bags went missing. There were Tk 80 lakh in the bag.


The police official said process was going on to file a case with Kotwali Police Station in this regard. Several people including security personnel of the bank were detained and being questioned. They said perhaps somehow the bag fell at somewhere else. Their statements could not be verified yet. Police is investigating the matter.