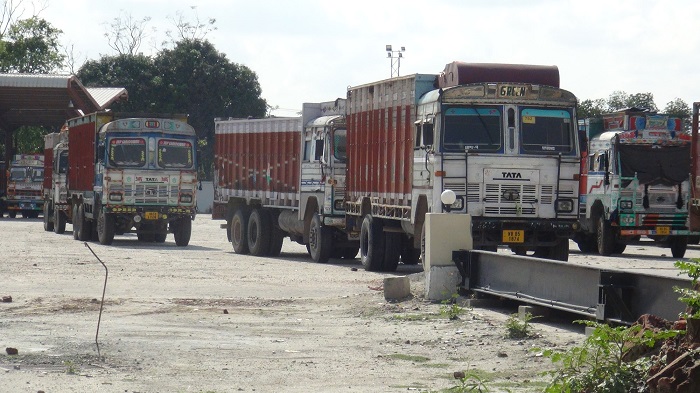 
It is learnt that Changrabandha land port was put on complete lockdown from March 22 to March 31 to prevent the spread of coronavirus infection. As a result, imported jute seeds brought by 61 trucks were stranded at the Indian side. After remaining closed for three more days due to unknown reasons, the trucks were allowed to enter Bangladesh on April 4 under special arrangements. After vacating the trucks, Bangladesh’s C&F agent concerned and the land port authorities made arrangement of sending those on that day. When the trucks were returning, they were barred by the India’s Changrabandha land port authorities. Since then 61 Indian trucks along with their drivers got stuck at Burimari land port.


Lalmonirhat deputy commissioner Abu Zafar tried to contact with the Indian High Commission in Dhaka and DM of Coach Bihar several times to send the drivers back to India. But the Indian authorities did not respond. As a result, the drivers became worried about their families due to coronavirus pandemic.

The Daily Observer published a news report under the headline “India didn’t take back its drivers-assistants even after 9 days.” Following the publishing of the news, the Bangladesh authorities started putting pressure on the Indian government. Finally, a letter came at Burimari land port through the Changrabandha land port on Tuesday morning requesting to send the stranded drivers. When the news reached, the truck drivers had burst into joy.


Lalmonirhat deputy commissiner Abu Zafar said despite repeated requests to the Indian High Commission in Dhaka and DM of Coach Bihar, no step was taken to take their dtivers back to India. Afterward, a letter was sent to the ministry concerned. Later, the C&F agents and land port authorities of both the countries held a meeting so that they could return to their homeland.