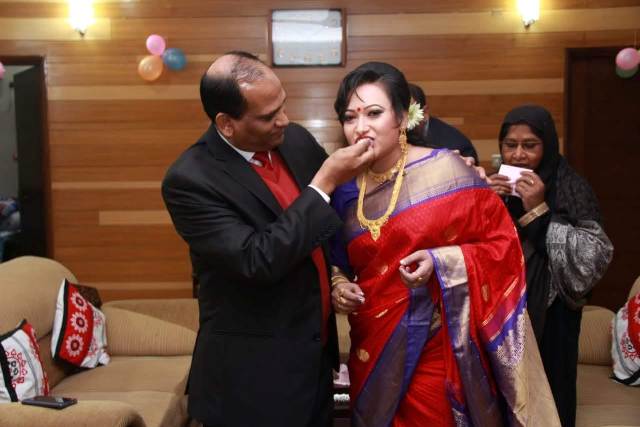 Online Desk : A woman has claimed herself as the second wife of Rajshahi-4 seat MP Enamul Haque and said she will lodged complaint to the Prime Minister for ensuring justice in this regard.

The woman, Ayesha Akhter Liza, in her Facebook posts said she married Enamul Haque on May 11 in 2018. Before the marriage they held another secret marriage in Baghmara eight years ago, she added.

Liza on her latest Facebook post on Monday said, “You all think that I quit but I do not do it. Supporters of MP are giving me death and jail threats.”


She further said, “The MP on Sunday said he will give me divorce as I float the matter on media. I am mentally upset now. I will go the Prime Minister and seek justice for me.”

Liza also posted several photos of her and Enamul on Facebook posts.

On May 30, Liza in a Facebook post wrote she is the second wife of the MP but not a lover. “If anyone has any doubt over this he/she can see the marriage documents,” she continued.


The woman alleged that MP Enamul gave her divorce letter making a fake documents and sign of her.

However, MP Enamul declined all allegations against him and said he married Liza but divorced her, maintaining all the protocols of the court. “She is trying to blackmail me. I will take legal steps,” said Enamul.