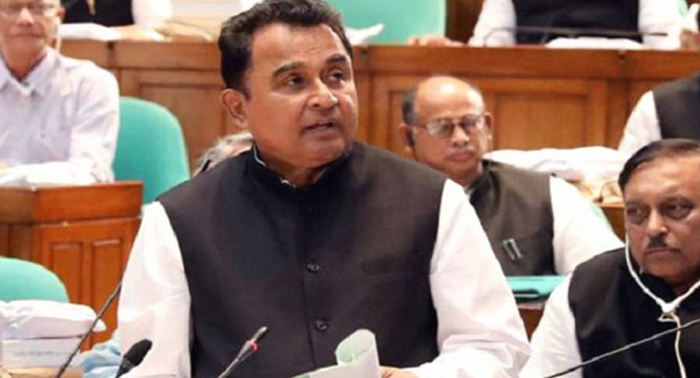 While placing the proposed budget, the Finance Minister said the government was fully confident that this year it would achieve the highest ever economic growth.

The government’s projection was to achieve growth in the range of 8.2 to 8.3 per cent this year. All economic activities gathered a remarkable pace in the first eight months of the fiscal year, before being hit by the COVID-19 pandemic. All the media and think-tanks around the world were all in praise of our programs and acheivements.


Mustafa Kamal mentioned that the Asian Development Bank made a forecast of 7.8 per cent growth this year based on the government’s performance in the first eight months. “But unfortunately, all calculations about the global economy have been turned upside down under the impact of the COVID-19 global pandemic,” he said.


According to International Labor Organisation (ILO), he said there will be a reduction of global jobs equivalent to about 195 million full-time workers. UNCTAD is forecasting that the global flow in Foreign Direct Investment (FDI) will shrink by 5 to 15 per cent in 2020. In addition, it is forecasted that due to the global lockdowns and the historic slump in oil prices, global remittance is likely to reduce by 20 per cent.

“Amidst this unprecedented global crisis, our Prime Minister has announced a number of stimulus packages totaling over Tk. 1 lakh crore to stand by the poor and helpless people, keep the momentum in economic activities, and bring back the trend in growth and development. These are akin to the bold steps she took to save the country during the Asian Financial Crisis in 1997 and the Global Recession in 2009. The fiscal and financial packages announced by the Prime Minister is equivalent to 3.7 per cent of GDP, which is the largest in the South Asia region,” he said.


The Finance Minister also said the Economist, a London-based weekly, has published on 2nd May 2020 a list of 66 emerging stable economies ranking them according to four measures of financial strengths, namely public debt as a percentage of GDP, total foreign debt, costs of borrowing and foreign exchange reserves, and Bangladesh was ranked 9th from the top. Their estimate reflects the government’s stronger position compared to most of the other emerging countries, and we thank Almighty Allah for that.


“………this is not the time to showcase our achievements. Rather it is time to steer the nation ahead having our people at our side and effectively tackling the crisis arising from the deadly attack of coronavirus through our pragmatic and efficient plans.,” he said.