Nasim to be buried in accordance with COVID-19 protocol 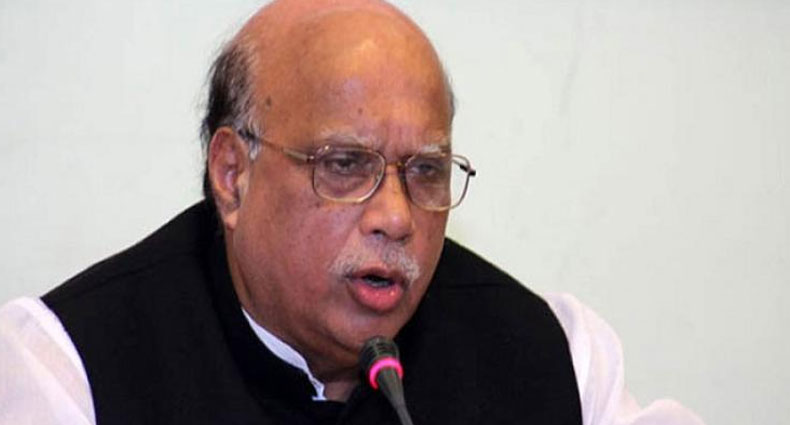 Online Desk : Awami League presidium member and former health minister Mohammad Nasim, who died on Saturday morning, will be buried on Sunday at Banani graveyard in Dhaka in accordance with the COVID-19 protocol.

“The prime minister has given instructions to follow the required funeral guidelines for COVDI-19 time and avoid all kinds of gathering in this regard,” Bangladesh Specialised Hospital chief executive officer Al Imran Chowdhury told media on Saturday afternoon.


Awami League presidium member and Sirajganj-1 lawmaker Mohammad Nasim died on Saturday morning at the in the capital at 11:10 am. He was 72.

Nasim was admitted to the Bangladesh Specialised Hospital for COVID-19 treatment on June 1 and later he had suffered a brain haemorrhage while undergoing treatment.

Al Imran said Al-Markazul Islami, a voluntary organization, would conduct the funeral bath of the body of Nasim.

He said that Mohammad Nasim will be buried at Banani graveyard on Sunday.

Al-Markazul Islami acting vice-chairman Amir Hamza said they would follow the entire formalities of the funeral of Nasim.


He said that there was no problem to hold namaz-e-janaza maintaining the social distancing as Nasim had recovered from COVID-19.

Nasim, also a member of parliament from Sirajganj-3 constituency, was admitted to the Bangladesh Specialised Hospital for COVID-19 treatment on June 1 and later he had suffered a brain haemorrhage in the early hours of June 5 while undergoing treatment. He was admitted to the hospital with about 50 per cent infection in the lungs. Later, the AL leader was given plasma therapy.