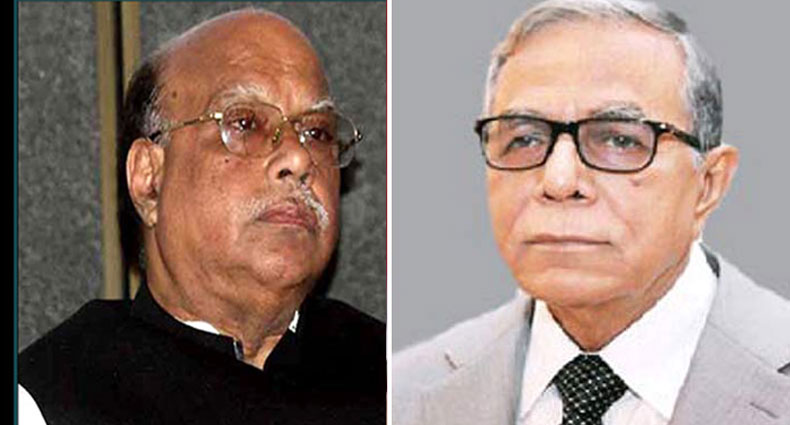 Online Desk : President M Abdul Hamid on Saturday expressed profound shock at the death of veteran politician, coordinator of the Awami League-led 14-party alliance and former minister Mohammad Nasim.
“The death of Nasim is really an irreparable loss for the national politics of Bangladesh,” the President said in a condolence message.

Recalling his outstanding contribution to Bangladesh politics with due respect, he said Mohammad Nasim was a fearless fighter in all the democratic movements of the country, including the freedom struggle and the War of Liberation.


He was elected Member of Parliament (MP) for five times as he was very popular leader of the people, President Hamid mentioned, adding, “The name of Mohammed Nasim will be immortalized in the political history of the country.”

The President said Mohammad Nasim, son of Captain M Mansur Ali, one of the four national leaders and very close associate of Bangabandhu, will be remembered by the nation forever for his contribution to the promotion of the spirit of Liberation War and development of the country, democracy, party and people.

At his (Nasim) death, Bangladesh has lost a dedicated politician, the President observed.

The head of the state prayed for eternal peace of the departed soul and conveyed profound sympathy to the bereaved family.

Ruling AL presidium member Nasim breathed his last while undergoing treatment at Bangladesh Specialized Hospital in city’s Shyamoli area at the age of 72.


He is survived by wife, three sons and a host of relatives, admirers and well-wishers. On June 1, Nasim was admitted to the hospital. Later at night, he was found COVID 19 (coronavirus) positive after testing his sample.

He suffered a stroke in the early hours of June 5 while undergoing treatment at the hospital. But, a few days later, Nasim was found coronavirus negative after testing samples for two times.