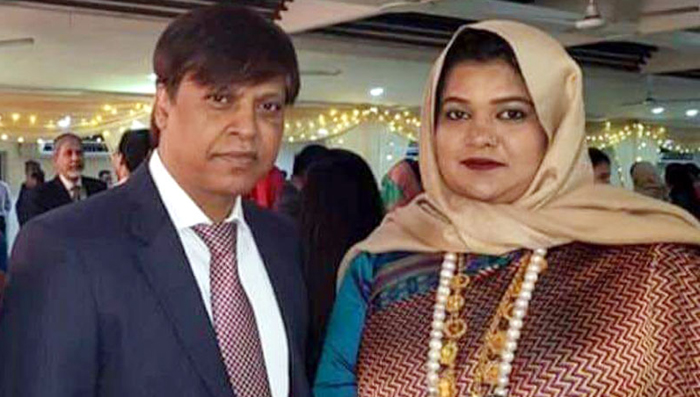 Online Desk : The Anti-Corruption Commission (ACC) has sent a letter to the Special Branch (SB) of Immigration asking to impose restriction on Laxmipur-2 MP Kazi Shahid Islam Papul, his wife, daughter and sister-in-law so that they cannot leave the country as investigation is going on against them for acquiring wealth illegally.

However the letter asked to take legal action against Papul as he has already been staying in a Kuwait jail on human trafficking and money laundering charges.

The ACC also requested SB to take measures so that he cannot leave the country if he is found here.


Except Papul, the restriction has been imposed on his wife Selina Islam MP from reserved seats of women, his daughter Wafa Islam and Selina’s sister Jasmine.

The ACC issued the letter signed by its deputy director Md Salahuddin, also the Investigation Officer, on Wednesday.

Earlier on June 9, the ACC sent letters to Kazi Shahid Islam Paplu MP, his wife, daughter and sister-in-law asking them to submit their personal documents.

He was arrested by Kuwait police after five Bangladeshi expatriates in that country testified against him before a a court.

In their deposition, they alleged that each of them paid up to 3,000 dinars to Shahid Islam Paplu to come to Kuwait and had also been paying annual sums for renewing their residency visas.


On June 7, the Criminal Investigation Department in Kuwait arrested Paplu on the charges of human trafficking and money laundering.The judge of Mushrif magistrate court denied MP Papul’s bail plea and sent him to jail