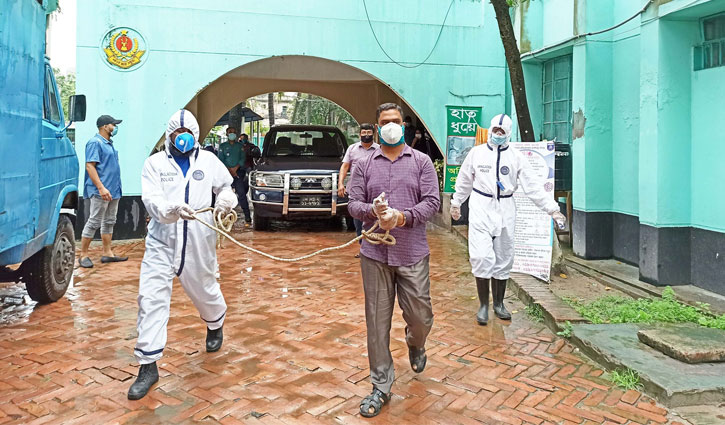 On the other hand, the court placed two other accused– Abu Ali, and Golam Mostofa–on a three-day remand for questioning on the same day. They were taken to the custody of the police station concerned.


Earlier on Thursday, a three-day remand was handed down to another accused Abdur Rahim. He is now in police custody at the police station concerned.

So far police arrested five accused in connection with the murder of Dr Abdur Rakib Khan, and out of them, principal accused Jamir Sheikh and accused Khadija gave their confessional statements before the court.

On Tuesday, Dr Rakib, director of Raisa Clinic and Diagnostic Centre in Khulna, was injured during a scuffle with a patient’s relatives at his private clinic in the evening. He later succumbed to his injuries while being treated at Shaheed Sheikh Abu Naser Specialised Hospital in Khulna.


On Monday night, a pregnant woman died after giving birth to a baby at the clinic, leading her relatives to bring up allegations of wrong treatment and later on to the scuffle.