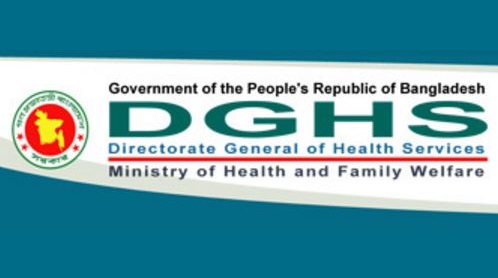 Online desk : The government plans to introduce multiple COVID-19 test methods from next month as limited number of high-tech PCR labs appeared not enough to cater the growing need for an expanded coronavirus testing campaign, directorate general of health services (DGHS) said on Tuesday.
“We are gradually expanding testing facilities but this appears ‘not enough’ . . . so we plan to introduce multiple test methods to scale up the testing countrywide,” DGHS directorate general Prof Abul Kalam Azad told BSS.

He said the new approach would reduce loads of PCR labs, currently the lone means to detect COVID-19, and simultaneously would widen the coverage of people who required testing.

“The situation may demand us to take initiatives to test as high as one lakh sample every day,” Azad said adding “works are underway rapidly to expand the testing facilities”.

The DGHS chief said efforts to expand the test facilities up to upazila level were underway while the government decided to recruit on urgent basis another 3,000 medical technologists and technicians to overcome manpower shortage”.

The pandemic earlier prompted the government to recruit 2,000 doctors and 5,000 nurses in an extra-ordinary process while he said the existing medical professionals and health workers were as well being trained to handle the COVID-19 suspects and patients.

Azad said the multiple testing methods being planned for the country included “antigen, nucleic acid and anti-body ‘dry and wet’ tests from next month.

According to experts in DGHS “antigen” is an advanced COVID-19 testing method that gives sample test results within a shortest possible time without the PCR lab facility.

Antigen and Nucleic Acid testing methods provide results than that of the PCR labs while instead of swabs, bloods are tested in other type of machines while the Antigen test was costlier than the other ones.

The experts said the “anti-body test” also is a blood-based test but it takes a longer time, seven to 10 days, to give the result.

“Dry and wet are two different types of cononavirus tests . . . the first one is carried out with the help of strips while the second one needs alignment machines . . . in both the cases blood is tested, not swab, and results is found within a very short time,” Azad said.

The top health official’s comments came as the situation suggested that the PCR labs and the related equipment and materials were exposed to extra-loads amid expansion of sample collection facilities despite shortage of trained workforce.

Azad, however, said shortage of testing equipment like PCR labs, kits, and personal protective equipment (PPE) was a global phenomenon as almost all countries were exposed to the crisis while “Bangladesh is no exception”.

He said the government currently was importing 20,000 to 30,000 testing kits at a time from different countries as it appeared impossible to find a single source due to growing global demands and restrictions on their exports.

“But we have intensified our efforts to collect PCR kits . . . we will import one to two lakh kits at a time from next month. Simultaneously we will purchase more PCR lab to increase sample test in large number from the month of July,” Azad added.

Bangladesh is currently carrying out RT-PCR tests alone through 62 PCR labs, mostly in government facilities while the DGHS chief said a process was underway to set up more labs.

Currently the 62 PCR labs carryout 15,000 to 18,000 sample tests everyday while generally 3,000 to 4,000 appear COVID-19 positive, meaning 20 percent of suspects who go through the exercise are so far being found to be carrying the deadly virus.

Officials familiar with the PCR lab functions said, in terms of monitory involvement, each of the labs requires Tk 1 crore as installation cost alone and an average amount of Tk 5,000 for testing per sample alongside associated expenditures.

“An intensified testing campaign would determine how many people are infected and which areas are hardest-hit ones . . . this will enable authorities to deal with the pandemic properly,” he said.