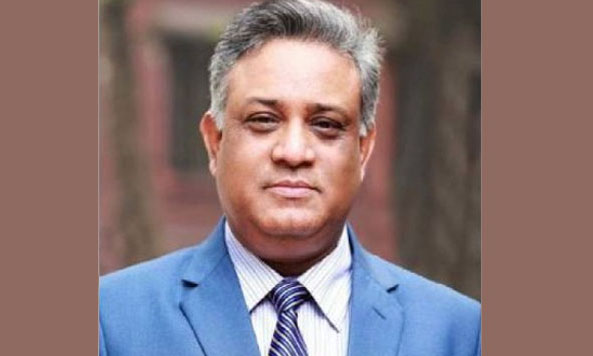 He was appointed to the post through a circular from the Ministry of Education on Thursday.

The circular said, “With the approval of the President and Chancellor, in accordance with Section 13 (1) of the Dhaka University Order, 1973, Professor Dr. ASM Maksud Kamal, Dean of the Faculty of Earth and Environmental Sciences and Professor of the Department of Disaster Management and Management has been appointed as the Pro Vice-Chancellor (Education) in the vacant post of Dr. Nasreen Ahmed, professor of Department of Geography and Environment, as her term as Pro-VC ended.”

Professor Maksud Kamal, has been elected for the fourth time in a row as president of Dhaka University Teachers Association and currently serving there. He is also a member of the Senate and Syndicate of the University. Earlier, he was also the Dean of the Masterda Surya Sen Hall of the University.

Professor Dr ASM Maksud Kamal was born in an aristocratic Muslim family in Lakshmipur district.
He joined Dhaka University in 2000 as a lecturer in the Department of Geology. Prior to that, he worked for six years as a Scientific Officer at the Bangladesh Space Research and Remote Sensing Organization (SPARRSO) and as a Research Fellow and Researcher at the Bose Center of Dhaka University.