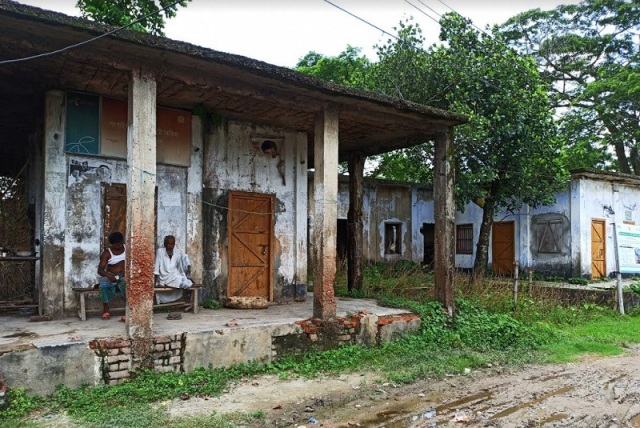 Online desk ; There is no building for Longair Union Parishad in Gafargaon upazila of Mymensingh to run administrative and official work.The union parishad complex building was abandoned many years ago.

As there is no building, the UP chairman has to continue conducting administrative and official work in the rented shop. As a result, the local people are suffering to get services from the council.

Union Parishad (UP) is one of the important tier of local government aimed to provide services to citizens at their doorstep and conduct development activities of the government in rural area.

As there is no permanent building, the UP chairman of Longair has rented two shops at Masjid Market in Maizbari Bazar area.

The union parishad have to spend Tk 3,000 as rent money for the office. Official and administrative work is being conducted in the rented building.

Saiful Mia, a farmer from Syedpara village in the union, said they have to go to Maizbari bazar, which is three kilometers away, to get any service. They also have to suffer to get identity cards, VGD rice, VGF rice, agricultural advice and other government facilities.

Abdullah Al Amin Biplob, chairman of Longair Union Parishad (UP), said the council is running its activities by renting two shops of the market as it does not have its own building. A proposal has been made to the district local government branch.

The quality of providing service to people would have been better if they have a complex, he said. Upazila Nirbahi Officer (UNO) Kazi Mahbub Ur Rahman said proposals have been made for the union complex.