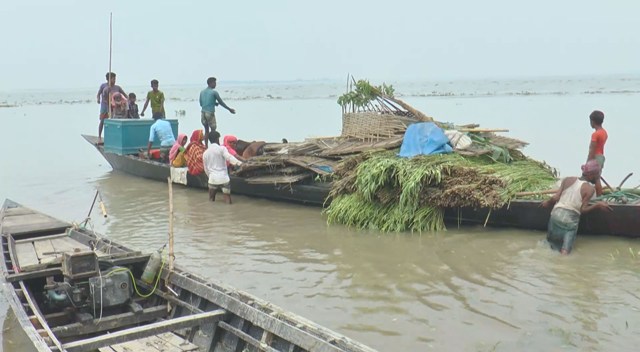 Online Desk : About 12,000 people of 25 char lands in Bogura are rushing toward high lands areas for taking shelter as flood situation has worsened further in the district.
Char lands including low-lying areas of Sariakandi and Dhunat upazilas inundated as water level is increasing in the Jamuna River due to upstream water from the hilly areas.

According to Sariakandi upazila office source people in 25 char areas have been suffering from the fresh flood, houses and cultivated lands of them went under water. They are now going to flood control embankment areas to have a safer place for shelter.

The marooned people were seen leaving their houses boarding on boats and took essential assets including domestic animals with them.