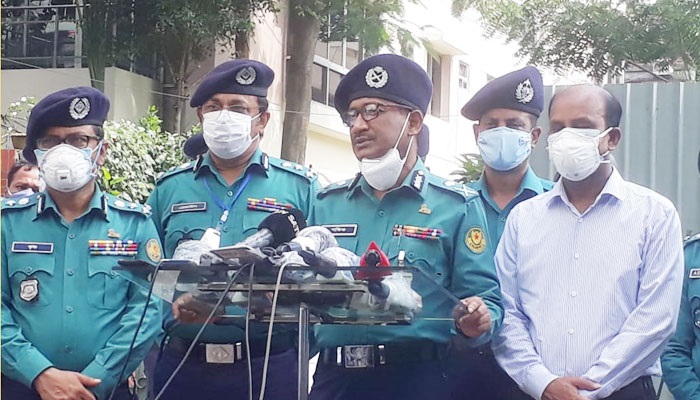 Online Desk : Dhaka Metropolitan Police (DMP) Commissioner Mohammad Shafiqul Islam on Wednesday said militants do not have capacity to carry out any major attack, as police has cracked down militants’ dens after the Holey Artisan attack.
“We have cracked down militant’s hideout one after another after the Holey Artisan attack. The level militants’ capability has now come down to the lowest level,” he told newsmen after paying rich tributes to the victims of militant attack on Holey Artisan Bakery in the city’s Gulshan area.

The commissioner said, “There were no more experts to make improvised bombs. Some of them were in jail or were killed in various raids. They may have ability to carry out small attacks but they do not have the ability for major attacks.”

On the fourth anniversary of the militant attack, the DMP commissioner along with other senior officials paid homage to the memory of the victims by placing wreaths on the restaurant premises in the morning.

On July 1, 2016, militants carried out a horrific attack on the Holey Artisan Bakery at Gulshan. Twenty-two innocent people including two DMP officers and 17 foreign nationals were killed during the attack.

A group of five terrorists carried out the brutal attack on Holy Artisan Restaurant at Road no-79, Gulshan on July 1, 2016 at around 8:45 pm. On that day, a total of 20 locals and foreigners were killed in the attack inside the restaurant.

Each of the victims were hacked, wounded or shot dead by the terrorists. Of them, nine Italians, seven Japanese, one Indian and three Bangladeshis were killed.

This incident came to end after the members of the army conducted the commando operation called ‘Thunderbolt’ and rescued several people alive from the spot.

All the five terrorists who carried out the militant attack were killed in the commando operation.