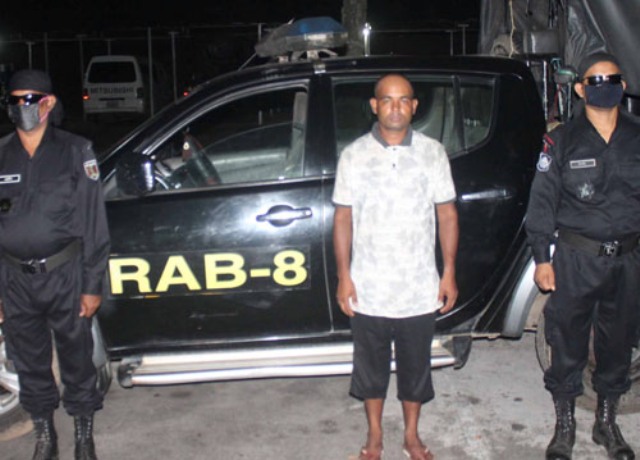 Online desk : Rapid Action Battalion (RAB) have arrested a man from Janjira upazila in Shariatpur district in connection with a case filed for raping a college girl and spreading its video on social media.

The arrested Md Belal Hossain Madbar, 26, is a resident under Palong Police Station area in the district.

A team of the elite force led by company commander and additional superintendent of police Mohammad Tajul Islam conducted a drive at Kazikandi village at about 12.30pm on Thursday and arrested Belal, said a press release sent by RAB-8 on Friday night.

According to case, lodged by the victim, a student of a college in Shariatpur town, she works as receptionist at a clinic in the district town.

Belal developed a relationship with the victim on her way to college and offered her to give a job at Combined Military Hospital.

On June 21, Belal lured the victim for the job and took her to a hotel at Puratan Bus Stand area in Madaripur. He violated the girl after intimidating her and recorded video and photos of the incident.

The victim in her case said Belal threatened him with life and spreading of the rape video on social media for not to disclose the matter with others.

Later, the accused used to harass the victim on her way to college, and one day he demanded Tk 5 lakh from her.At one stage, Belal had spread the video on social media and sent it to a few friends of him.

The victim lodged a complaint with RAB-8 Madaripur Camp on Wednesday and lodged a case with Sadar Model Police Station, Madaripur on Friday noon. A Madaripur court sent the accused to jail.