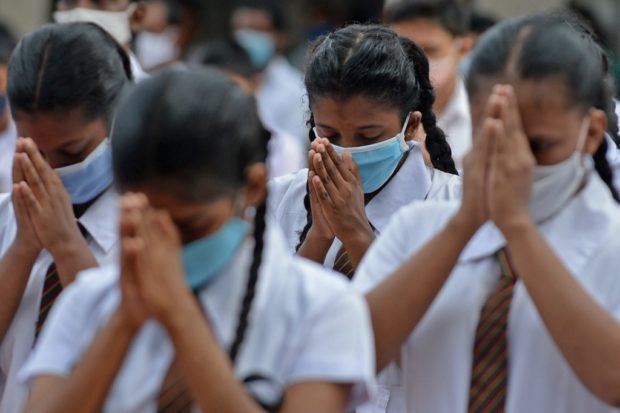 Online Desk : Sri Lanka ordered government schools across the nation to shut Monday, just a week after they re-opened, following a surge in new coronavirus cases.

The country has reported just 2,617 cases with 11 deaths, but army chief Shavendra Silva said nearly half the 1,100 residents and staff at a drug rehab facility near the capital had tested positive in the past week, and some visitors may also have been infected.

At least 16 cases had emerged in villages elsewhere across the nation, officials said, most in the central-northern region.

“Based on the direction of health authorities, it is decided to close schools this week,” the education ministry said in a statement, adding that private colleges were also encouraged to shut their doors.

“We will review the situation next week.” Postal voting for next month’s parliamentary elections would be delayed in villages affected by the virus, the independent election commission said.

Sri Lanka’s ruling party on Sunday called off its rallies ahead of the upcoming poll and postponed the re-opening of the international airport, which was planned for early August.

A repatriation programme that has brought home some 12,000 Sri Lankans from overseas has also been suspended.