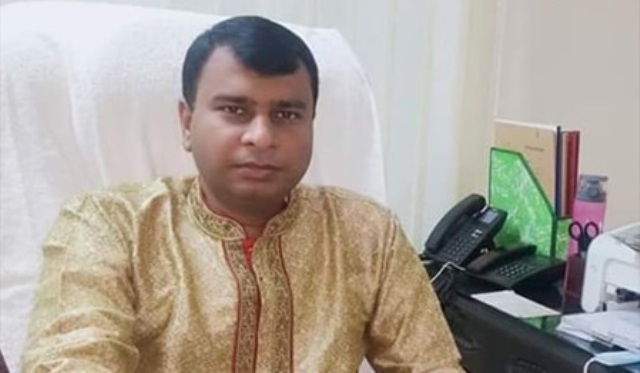 He was arrested by RAB from Gazipur area on Tuesday evening. Masud Parvez is the accused No. 2 in a case filed by RAB.

RAB launched a drive at Regent Hospital in the capital on July 6 last receiving complaints of corruption and irregularities including delay in providing coronavirus test results, possessing no valid licence etc.

On the following day–at night on July 7, RAB filed a case with Uttara West Police Station, and sealed two branches of Regent Hospital at Uttara and Mirpur.

The RAB also filed the case against 17 persons including Regent Hospital chairman Sahed. Of them. nine were shown absconding. On July 9, RAB also arrested Sahed’s accomplice Toriqul Islam Tareque Shibli in connection with the case.

Besides, he said the RAB has been trying to nab other absconding accused involved in the Regent Hospital and Regent Group scams.

Ashique Billah further said, “Absconding Shahed’s passport is with us. We’ve seized it. If he wants to leave the country, it would be an illegal way for him. Our law enforcing agencies have remained cautious so that Shahed can’t leave the country evading arrest. RAB’s intelligence members have also been monitoring the situation.”

Asked why his arrest was delayed, Lt Col Ashique Billah said, “Shahed is a fraud. RAB has arrested more notorious criminals than Shahed. It would also be possible to arrest Shahed.”