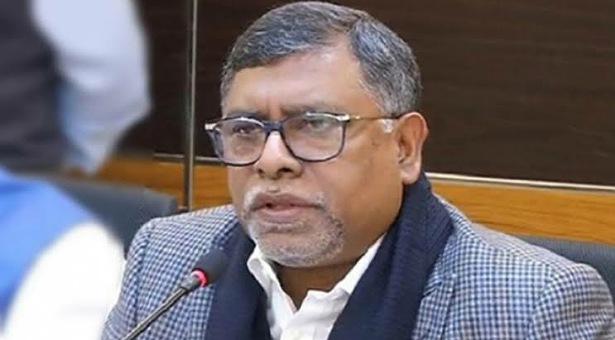 Online desk : Health Minister Zahid Maleque on Tuesday said that the ministry and the Directorate General of Health Services (DGHS) do not have any problem with each other.
He came up with the remark while responding to reporters at a briefing in his office, reports UNB.

The ministry can seek explanation from DGHS which is part of the government’s job, he said. The government is carrying out inquiry into the fraudulence activities of JKG and Regent Hospital. If the allegations are found to be true, then stern action would be taken against them. “Exemplary action must be taken against those who pampered them,” he said.

“The ministry and directorate, both are organs of the government which are currently working day and night to tackle the coronavirus situation. A letter has been sent to the directorate from the ministry seeking explanation about the recent activities of JKG and Regent Hospital. It is only a part of the administrative and bureaucratic work of the government,” he added.

During the meeting, he directed the secretaries to remain alert about whether the general people are being deprived of any services.

The minister also instructed to take immediate action if any clinic or hospital is found involved in irregularities.

Rapid Action Battalion (Rab) recently sealed off the head office of Regent Group and its hospital in the city’s Uttara and Mirpur areas on charges of issuing fake Covid-19 test certificates and collecting money from Covid-19 patients.

The Directorate General of Health Services (DGHS) has recently said they inked an agreement with Regent Hospital allowing it to treat the Covid-19 patients as per the instruction of the health ministry’s ‘higher authorities’.

A case was filed at Tejgaon Police Station on June 23 against six people, including Ariful Chowdhury, Chief Executive Officer of the JKG Health Care, and also husband of Dr Sabrina, for providing fake Covid-19 test reports.

Later, police arrested six people including Ariful Chowdhury, Humayun Kabir and his wife Tanjina Patwary, from JKG healthcare office at Confidence Tower in Gulshan in connection with the case. JKG Health Care Chairman Dr Sabrina was held on Sunday and later she was shown arrested in the case.