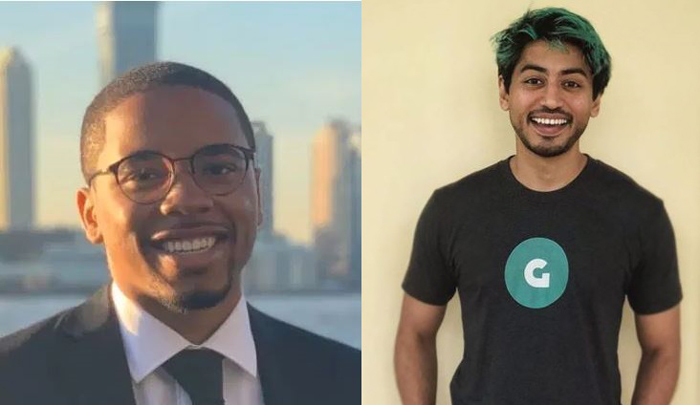 Online Desk ; A former employee has been arrested in the grisly murder of Pathao CEO Fahim Saleh, reports The New York Post on Friday, quoting sources.Tyrese Devon Haspil, 21, is in custody and expected to be charged with the murder of Saleh — who was found decapitated and dismembered inside his Lower East Side apartment on Tuesday, the sources said.

Haspil worked as Saleh’s chief of staff at his venture capital firm Adventure Capital — but acted as his personal assistant.

The motive behind Saleh’s slaying allegedly involves stolen cash, sources said. The entrepreneur, Fahim Saleh, 33, was discovered dead on Tuesday afternoon by his sister inside his $2.25 million condo in a luxury building on the Lower East Side of Manhatta, the police said.

She had gone to check in on him after not hearing from him for about a day. She found a gruesome scene: Mr. Saleh’s head and limbs had been removed, and parts of his body had been placed in large plastic bags. An electric saw was still plugged in nearby.

The personal assistant, Tyrese Devon Haspil, is expected to be charged in a criminal complaint with second-degree murder and other crimes.

Detectives believe that the motive for the killing stemmed from Mr. Saleh’s having discovered that the assistant had stolen tens of thousands of dollars from him.

Investigators have also concluded that Mr. Saleh was killed on Monday, the day before his body was found, and that the killer used his employer’s credit card to pay for a car to a Home Depot, on West 23rd Street in Manhattan, to buy cleaning supplies to sanitize the crime scene, the official said. The killer returned to Mr. Saleh’s apartment the next day to dismember the body and clean up.

Detectives believe that the killer, dressed in a black three-piece suit, wearing a black mask and carrying a duffel bag, followed Mr. Saleh off an elevator in his building and into his apartment, a law enforcement official said. He used a Taser to immobilize Mr. Saleh and then stabbed him to death.

Security video taken from inside the elevator shows the killer later using a battery-operated portable vacuum cleaner in an apparent effort to remove any traces of his presence, the official said.

New York City’s medical examiner announced on Thursday that Mr. Saleh had died from multiple stab wounds to his neck and torso. Initially, a law enforcement official had described the killing as a “hit” and said it looked “like a professional job.”

Mr. Saleh was born in Saudi Arabia to Bangladeshi parents who eventually settled near Poughkeepsie, N.Y., a small city on the Hudson River.

After graduating from Bentley University in Waltham, Mass., in 2009, he built an app called PrankDial that allowed users to send prerecorded prank calls. Mr. Saleh said he eventually built PrankDial into a $10 million business.

Mr. Saleh went on to found Pathao, a motorcycle ride-sharing start-up in Bangladesh. He left that company in 2018 to begin a similar venture in Nigeria, an app known as Gokada.

At the time of his death, Mr. Saleh was the chief executive of Gokada and oversaw a shift in its business during a turbulent time. In February, Nigerian officials began enforcing a ban on motorcycle taxis in major commercial and residential parts of the country’s largest city, Lagos.