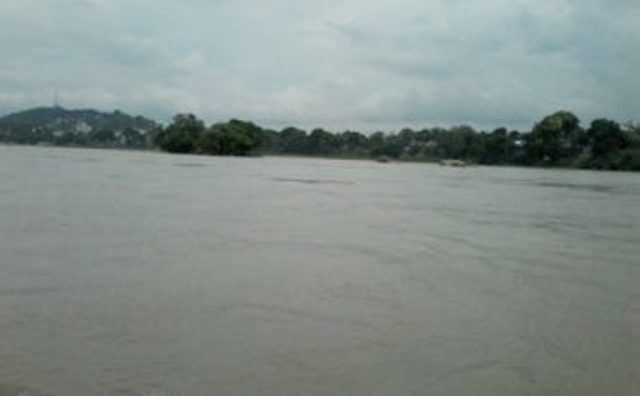 Online Desk : The flood situation continued to improve in the country’s Brahmaputra and Meghna basins, while it deteriorated further in the Ganges basin, increasing the plight of the people living there (Ganges basin).

Despite sporadic incidents of riverbank erosion, the flood situation improved slightly in the Brahmaputra basin in the last 24 hours ending at 9 am on Saturday, according to the officials of Bangladesh Water Development Board (BWDB).

They said the water levels of the major rivers continued to fall but were still flowing above the danger level at 10 points in five northern districts.

BWDB executive engineer of Kurigram and Lalmonirhat divisions Ariful Islam said riverbank embankments are still vulnerable at 20 points in these districts although the flood situation continued to improve there.

“The sporadic incidents of riverbank erosion have been reported in a number of places along the major rivers in Kurigram, Lalmonirhat and Gaibandha districts,” BWDB chief engineer for Rangpur Zone Jyoti Prosad Ghosh told BSS.

The Brahmaputra, Jamuna and Dharla rivers were still flowing above the danger level at different points, but Teesta was flowing below the danger mark at 9 am on Saturday, the officials said.

Over nine lakh people in the district have been affected due to flooding amid the ongoing COVID-19 pandemic, local administration said.

BSS Rajshahi correspondent said around 50,000 people were marooned in Atrai upazila in Naogaon and Bagmara upazila in Rajshahi under the Ganges Basin as the flood control embankments were collapsed at several points of Atrai River due to the onrush water from the upstream.

The flood situation has started to improve in Meghna basin due to dwindling the onrush water coming from the upstream.

The overall flood scenario has improved in Sunamganj district, while the floodwater started receding from homesteads and the district town, BSS Sunamganj correspondent reports.

But the plight of locals still continues due to flooding. Despite receding floodwater till Friday afternoon, the road communication of the district town was suspended with Tahirpur, Bishwambharpur, Doarabazar, Chhatak and Jamalganj upazilas.

In addition, the recurrent flood damaged hundreds of hectares of Aus paddy and seed bed of Ropa Aman in the district.

However, the Surma and Kushiyara rivers were still flowing above the danger level at several points.

Water was flowing 24 cm above the danger level at Kanaighat point of Surma River at 3 pm on Saturday, while the river was flowing 49 cm bellow the danger mark at Sylhet point, according to the FFWC data.

Kushiyara was flowing 44 cm above danger level at Amalshed point and 53 cm above at Fenchuganj point on Saturday afternoon.

The water of Kushiyara was also flowing 5 cm above the danger level at Shewla point, while 23 cm bellow the danger mark at Sherpur point.

According to the FFWC forecast, the flood situation will improve in Sylhet, Sunamganj, Kurigram, Gaibandha, Natore, Jamalpur, Bogura, Naogaon, Sirajganj, Tangail and Manikganj districts in the next 24 hours.

The water levels of the Brahmaputra and the Jamuna continued to fall, while the waters of Ganges and Padma rivers were stable and it may start to fall in the next 48 hours.

Of the 101 river points monitored in the country, water levels increased at 41 stations, while decreased at 59 stations and remained stable at one point.