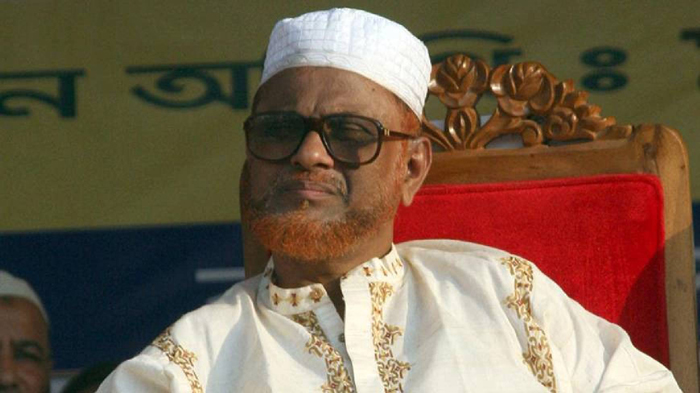 Online desk : Jamaat leader ATM Azharul Islam has filed a petition with the apex court, pleading to review its judgement that upheld his death sentence initially awarded by International Crimes Tribunal (ICT)-1 for crimes against humanity and war crimes in 1971.

Azhar’s counsel Advocate Mohammad Shishir Monir said they have filed the 23-page review plea, seeking his acquittal on 14 grounds, reports BSS. The Appellate Division of the Supreme Court on October 31, 2019, pronounced its judgement, upholding death for the leader of vicious Al Badr Bahini’s Rangpur district unit for his monstrous crimes against humanity in 1971.

On March 25, 2020, the apex court released the full text of that judgement.

The ICT-1 on December 30, 2014, sentenced Azhar to death for his crimes against humanity in Rangpur during the War of Liberation. The tribunal found him guilty in five of the total six charges it had framed against him.

“During the War of Liberation of Bangladesh in 1971, Azhar collaborated with Pakistani army to execute their plan and design in committing crimes against Humanity and genocide all over Rangpur district. As the commander of Al-Badr Bahini, he resisted the War of Liberation and committed atrocities all over the district through his members of Al-Badr Bahini,” the ICT-1 verdict said.

The convicted war criminal filed the appeal against his conviction on January 28, 2015.

As Bangladesh got liberated on December 16, 1971, he like many others of his party went into hiding, only to be surfaced after the brutal killing of Father of the Nation Bangabandhu Sheikh Mujibur Rahman in 1975.

Azhar joined Jamaat-e-Islami and managed to climb its ranks swiftly from 1982 to 1990. He was the president of Jamaat’s Dhaka city unit from 1991-2002. Azhar became the central assistant secretary general of Jamaat and later was even in charge of general secretary of the extreme right wing party.

He was arrested on August 23, 2012, as the first tribunal issued an arrest warrant against him. The prosecution submitted a formal charge against him on July 18, 2013. The first tribunal July 25, 2013, took the charges pressed against Azhar into cognizance.

The ICT-1 on November 12, 2013, framed six charges of crimes against humanity against ATM Azharul Islam. During the trial proceedings, the prosecution produced 19 witnesses including the investigation officer, while the defence produced one.