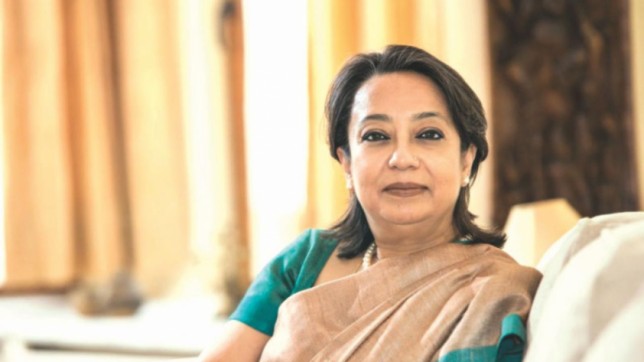 Online desk ; India and Bangladesh’s inland waterways connectivity is part of their heritage and recent steps would further rejuvenate the economy of the region, ministers, diplomats and experts from the two countries said, reports IANS.

Indian High Commissioner to Bangladesh Riva Ganguly Das said that the India-Bangladesh agreement on the use of Mongla and Chittagong ports and the recent second addendum in the India- Bangladesh protocol route would become a great enabler for the rejuvenation of livelihood and economy of the region.

In her keynote speech in the dialogue on “Indo-Bangladesh Cooperation for Inland Waterways Development”, Das said that these mutually beneficial arrangements would further strengthen the integration of the two countries’ supply chains and logistics sectors, generate employment and would spur investments in the logistics and services sector of Bangladesh such as finance, transport and insurance.

“Furthermore, Bangladesh would earn revenue as the cargo transit would be through the use of Bangladeshi trucks and through administrative and port fees. The full potential of the multimodal connectivity projects would be realised in Narayanganj, Sirajganj, Mongla, Chilmari and Khulna (all in Bangladesh) enabling them to emerge as new economic hubs in Bangladesh,” she added.

Participating in the discussion, organised by the Shillong based think tank and research body “Asian Confluence”, Bangladesh Minister of State for Foreign Affairs Shahriar Alam said: “When we talk of the 54 trans-boundary rivers with India, we are talking of an opulent harvest of fusing culture, crafts and trade developed over generations.”

“Rivers are part of our common heritage which we must cherish for our own nourishment. Credible civil society organisations, academia, entrepreneurs and grassroots organisations should be mobilised to lead to an organic growth bottom up. We reaffirm the importance of harnessing collective strength of all stakeholders who seek to advance the cause of water security. Communities living along rivers should be the key agents in the process,” Alam said.

India’s NITI Aayog distinguished fellow Ram Gopal Agarwal, Bangladesh’s former Senior Shipping Secretary AbdusSammad, former Governor of Bangladesh Bank and economist Atiur Rahman and other experts while addressing the dialogue, held on late Wednesday evening, also echoed that the inland waterways are a vital part of a larger multimodal connectivity scheme to ensure cost effectiveness. They said that the northeastern states of India and Bangladesh can benefit greatly from the waterway connectivity as there is immense possibility for growth in the agricultural and farm sectors on both sides.