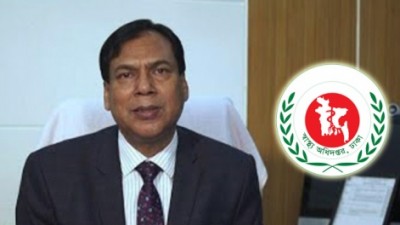 Several high-profile corruptions involving the health sector were unearthed during the period. Controversial deal with Regent Hospital and JKG Health Care were among the top discussed issues in recent days.

Azad on July 12 said that the deal with Regent Hospital was done upon instruction from Health Ministry high-ups, bringing an apparent discontent between the ministry and the DGHS forward.

The ministry on July 13 asked Azad to explain his comment of ‘instruction from ministry high-ups’.

In his reply to the ministry, Azad said that the agreement with Regent Hospital was signed upon the verbal instruction from past health secretary Asdul Islam, now a senior secretary of the Planning Ministry.

Health Minister Zahid Maleque, Asadul Islam and a number of secretaries were present at the deal signing event with Regent Hospital, owned by Mohammad Sahed, who boasts dozens of pictures with top government officials and ruling Awami League senior leaders. Azad, a professor of Biomedical and a former graduate of Dhaka Medical College, was appointed DG in August 2016.