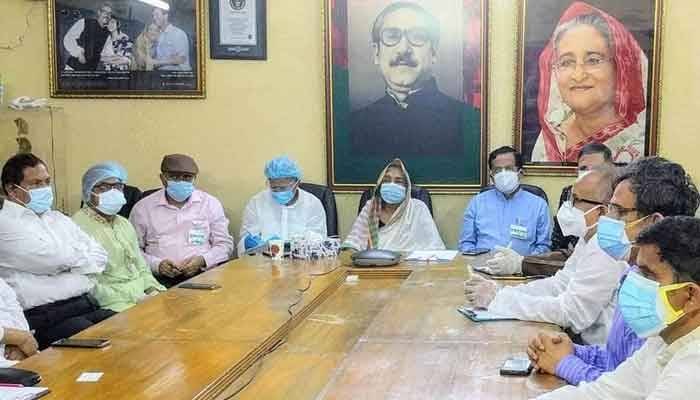 Online Desk : Awami League General Secretary Obaidul Quader has said the black chapters of history of assassination of Bangabandhu and most of his family members through August 15 carnage and the assassination attempts to kill his daughter Sheikh Hasina through gruesome grenade attacks on August 21 in 2004 were intertwined.

“The conspirators are still continuing their ill attempts against Prime Minister and Awami League President Sheikh Hasina,” he said while speaking at a joint special joint meeting with Dhaka city units and associate bodies of Awami League through video conference on setting programmes for National Mourning Day at the party president’s Dhanmondi political office in Dhaka on Tuesday.

With maintaining health guidelines, glowing tributes will be paid to Bangabandhu, the architect of independent Bangladesh, on his
martyrdom anniversary on August 15, the National Mourning Day, by placing wreaths on his portrait on the premises of Bangabandhu Museum at Dhamondi road number 32 in the capital.

Marking the Mujib Year, the birth centenary of the greatest Bangalee of all times, the ongoing countrywide tree plantation
programme and relief programme will be continued.

Leaders of Dhaka City south and north units of AL and associate bodies presented their respective proposed programmes marking the National Mourning Day and the month of mourning.