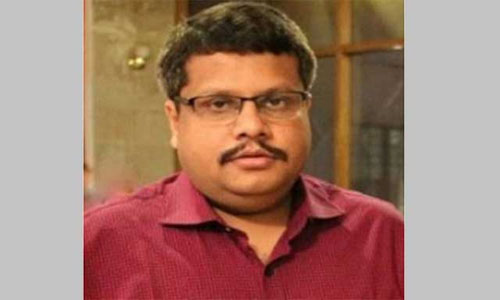 Online Desk : Disgraced businessman Mohammad Shahed has been implicated in another 20 cases following his arrest in connection with a COVID-19 test scam perpetrated by Regent Hospital.

Shahed, the chairman of Regent Hospital, was sued by multiple people whom he purpotedly defrauded at various times, according to police.

Almost all of these cases, started at different police stations in the capital, carry charges of fraud, DMP Additional Commissioner Abdul Baten said in a media briefing on Wednesday, reports bdnews24.com.

The Rapid Action Battalion will conduct the case it started following its raid on Regent Hospital which revealed a series of irregularities, including the issuance of fake COVID-19 test reports, in line with a home ministry directive.

Shahed will also be placed in the custody of the elite police unit, added Baten. At present, Shahed is halfway through a 10-day remand in police custody.

Detective police will investigate the cases involving illegal arms and drugs against Shahed, said Baten. It will also oversee the 20 new cases.

Shahed has a gun licence but since it was likely that the firearms would be confiscated if he got nabbed, he was carrying unlicenced ones instead, said Baten.

Although police did not find any evidence tying Shahed to the narcotics trade, they are not ruling out the possibility, he added.

The investigation into the arms and drugs-related case started in the aftermath of Shahed’s arrest has reached its final stages and police will submit the charge-sheet soon, according to Baten.

Shahed, the chairman of Regent Group, was being hounded by law-enforcement agencies after it emerged that his hospitals swindled thousands of unsuspecting patients out of millions of takas on the pretext of coronavirus treatment.

The RAB sealed off the headquarters and two branches of Regent Hospital in Dhaka. It also initiated a case against 17 people, including Shahed, on charges of issuing fake COVID-19 test reports and other irregularities.

It subsequently started a case with Uttara West Police Station.

Shahed has allegedly embezzled billions by defrauding ordinary people through his microcredit and MLM business. RAB arrested him on Jul 15 from Satkhira frontier after a week he went into hiding.

The RAB later handed him over to the detective police who were tasked with investigating the case filed with Uttara West Police Station.