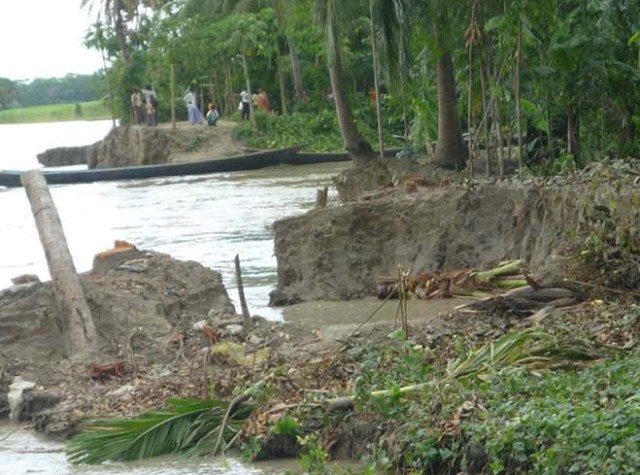 Online Desk : More than 500 houses and three educational institutions went into the gorge of the river as the erosion of the rivers Padma and Arial Kha in Madaripur district continues due to the flood.

About 20,000 people marooned in four upazilas in the district and 3,000 people have taken shelter at 21 shelter centres for safety.

The erosion of the river Padma takes a serious turn at Bandakhola, Khatalbari and Charjanajat areas under Shibchar upazila. A school was devoured by the river bed in Bandarkhola area on Thursday night, while a primary school, community clinic and union parishad office face the erosion risks.

More than 200 families have become shelterless as the water level in the river Kumar increased in Rajoir upazila.

WDB executive engineer Partha Pratim Saha said the district town might be inundated if the rise in the water levels continues.

According to locals, the flood protection embankment of the town is in risk now.