Not a single word before inquiry into killing of ex-Army official: Home Minister 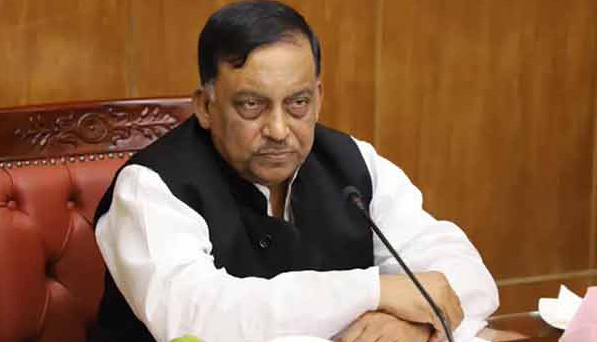 Online Desk : Home Minister Asaduzzaman Khan Kamal has said an inquiry committee has been formed to investigate the incident of killing of an Army Major by police in Cox’s Bazar.

“An inquiry committee has been formed. It would not be appropriate to say anything else before publishing the committee’s report. Comments would be made after an impartial inquiry,” he said while addressing a press conference at Dhanmondi in the city on Sunday.

The Home Minister said whatever you term it–accident or anything else. But, an incident has happened. There is nothing to deny it. The government is determined to punish the culprit identifying the causes behind it. “Whatever you journalists have learnt, please keep it in yourselves. Please let me keep inside me whatever I have learnt,” he said.

Replying to a question of journalists, the Home Minister said, “As far as I know, he has not yet been suspended. However, talks are going on. It also depends on the inquiry committee. Decision will be taken after an objective inquiry. We’ll be able to learn after inquiry that how much right or wrong he had done.”