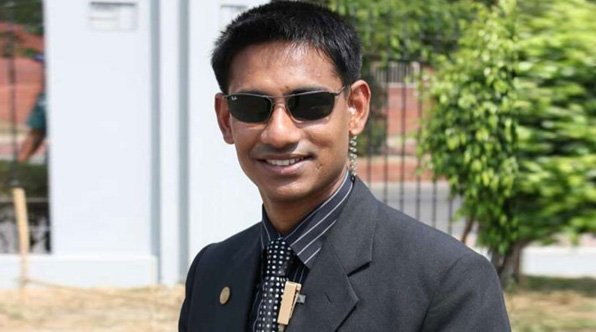 Online desk : The Ministry of Home Affairs has formed an inquiry committee to probe the killing of retired Army Major Sinha Rashed Khan in police firing at Teknaf in Cox’s Bazar.
The Public Safety Division of the Home Ministry formed the three-member committee on Saturday (August1).

It was stated in the letter that the committee would identify the reasons visiting the place of occurrence in person.

At the same time, the committee will give recommendations to prevent such incidents in future.

The committee has been asked to submit report within the next seven working days.

Earlier on Friday (July 31) night, Army Major (Retired) Sinha Mohammad Rashed Khan was killed by police at a check post at Shaplapur along the Cox’s Bazar-Teknaf Marine Drive road when he was returning after the shooting of a documentary film at Cox’s Bazar mountainous area.

There are allegations that the Army Major was killed by Baharchhara police outpost in-charge and sub-inspector Liaqut.

Afterward, Sergeant Ayub Ali of the ASU of the Bangladesh Army reached the spot and wanted to take photograph of the bullet-ridden body of Major Sinha who was lying on the ground. At that time, his mobile phone and identity card were forcibly taken away by police. It was stated in a preliminary report of a government agency.

It was also stated in the report that Bangladesh Army’s retired Major Sinha was making a travel documentary film for YouTube channel. He took three students of the Department of Film and Media of a private university of Dhaka with him. They went to different mountainous areas of Teknaf in Cox’s Bazar district for the shooting on July 3. Following one month of shooting at different areas in Teknaf, Major Sinha was returning to Cox’s Bazar with a student on board his car at about 8:30pm on July 31.

Coming down from the mountains, Major Sinha along with student Sifat started their journey toward Cox’s Bazar by Major Sinha’s private car. Major Sinha was driving the car along the Marine Drive Road. They were stopped at Shamlapur BGB Checkpost and allowed to go when BGB personnel were confirmed about their identities.

It was further stated in the report that at about 9:40pm, local people and a sergeant of the Bangladesh Army’s ASU went to the place of occurrence. They found that Major Sinha’s body was lying on the ground. Introducing himself to SI Liaqut, the ASU sergeant wanted to take a photograph of Major Sinha’s bullet-ridden body. But, SI Liaqut took away his mobile phone and identity card.

Later at about 1:45pm, Major Sinha’s body was sent to Cox’s Bazar Sadar Hospital by a mini truck of police where the on-duty doctor pronounced him dead.

On the other hand, student Sifat who was with Major Sinha was detained and taken to Baharchhara Information Centre.

Police claimed that they found Yaba pills and hemp in their car. Besides, local and foreign made liquor were found in their hotel rooms.

It may be mentioned that Major Sinha Mohammad Rashed Khan went voluntary retirement from the Bangladesh Army in 2018. His father–late Ershad Khan was former deputy secretary of the Ministry of Finance and a freedom-fighter. They used to live at 13 Bir Hemayet Road in Jashore.

Major (Retd) passed HSC from Rajuk Uttara Model College in 2002.
Since his retirement, Major Sinha has been making various kinds of documentaries for a YouTube channel, called “Just Go.