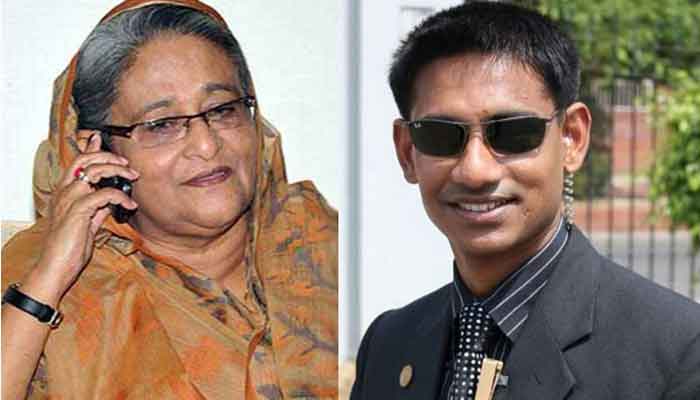 During the talks, Sinha’a mother demanded of justice from the prime minister over her son’s death.

Rashed’s eldest sister Sharmin Shahria Ferdous said the prime minister expressed her condolence during a 20-minute long conversation at about 10:00am, and assured her mother that justice would be provided through proper investigation into the incient.

She also said the Army chief General Aziz Ahmed also sent a condolence message over the death in the morning.

Major (Retd) Sinha Mohammad Rashed Khan was killed in police firing at Shamlapur checkpost under Baharchhara union on the Cox’s Bazar-Teknaf Marine Drive at about 10:00pm on Friday (August 31). Following the incident, a three-member committee was formed with Cox’s Bazar additional district magistrate Md Shajahan Ali as head. However, the committee was reorganised later on.

Following the incident, Chattogram Police Range DIG Khondker Golam Faruque and additional DIG (Crimes and Operations) Md Zakir Hossain came to Cox’s Bazar on August 2. The DIG visited Teknaf through Marine Drive Road on Monday afternoon. However, none of the police officials disclosed anything else to reporters about the incident.

The family members of Major (Retd) Sinha Mohammad Rashed Khan termed the death of him as murder. They said they didn’t imagine that despite being the son of a freedom-fighter Sinha would
die in such a manner.

Sinha hailed from Bir Hemayet Road in Jashore. His father late freedom fighter Ershad Khan was the deputy secretary to the Ministry of Finance. Sinha got commissioned in the Bangladesh Army through 51st BMA Long Course. He went on voluntary retirement from Syedpur Cantonment in 2018. He also worked at Special Security Force (SSF) which is engaged in the security of the prime minister. Sinha was unmarried. He was the only brother of two sisters. His eldest sister is a teacher at an English-medium school, while the youngest sister lives in the United States and works at Amazon.