OC Pradeep, 6 others sent to jail 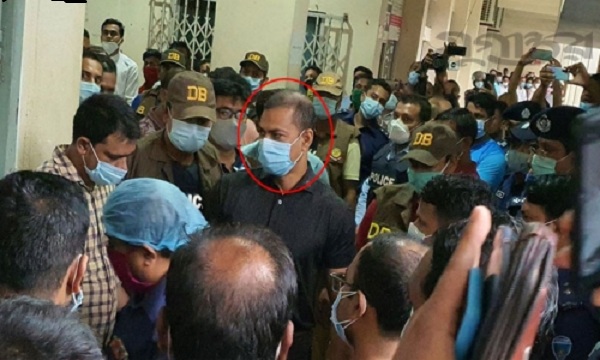 Earlier, seven accused police members surrendered before the court while two did not surrender.

Accused Pradeep Kumar Das was taken to the court under police custody at 5.00pm on Thursday.

Eight others accused were produced at the court amid tight security, half-an-hour of their surrender before the Teknaf police station.

In Chattogram, replying to a question about why Pradeep Kumar was not arrested despite warrant issued against him, CMP Commissioner Mahbubur Rahman told media, “Pradeep himself is going to the court, police are escorting him so that Pradeep can not flee.”

Pradeep Kumar Das surrendered on Thursday, hours after a Chattogram court issued warrants of the arrest of nine policemen, including the OC.

Sinha was killed in police firing at Baharchhara police check-post at night on July 31.