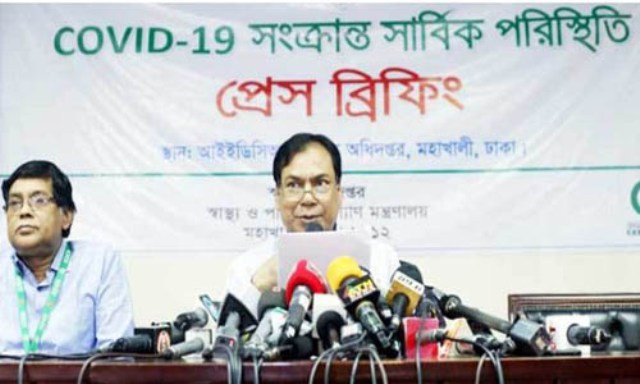 The anti-graft body asked him to appear before it on August 12 and 13 for interrogating him as part of investigation over two allegations relating to mask, PPE issue and Regent Hospital scandal.

According to the letters, signed by ACC director Mir Mohammad Zainul Abedin Shibli and Sheikh Mohammad Fanafilla, Professor Dr Abul Kalam Azad has been asked to come at ACC’s head office on August 12 and 13 for the investigation about the corruption and irregularities, said an ACC press release here today.

BSS adds: The letter signed by ACC director Mir Mohammad Zainul Abedin Shibli said the Ministry of Health and Family Welfare, the Department of Health and the Central Medical Store Depot (CMSD) officials and employees were involved in various irregularities, corruption and abuse of power in various hospitals, including the purchase of substandard masks, personal protective equipment (PPE) and other health equipments.

That is why, the ACC wants to interrogate him for his statement for proper investigation.

On the other hand, in another letter signed by Sheikh Mohammad Fanafilla, it is said that Azad has to remain present at ACC’s head office on August 13 as ACC will interrogate him about Regent Hospital’s fake COVID-19 test scam and huge money embezzlement to this end.