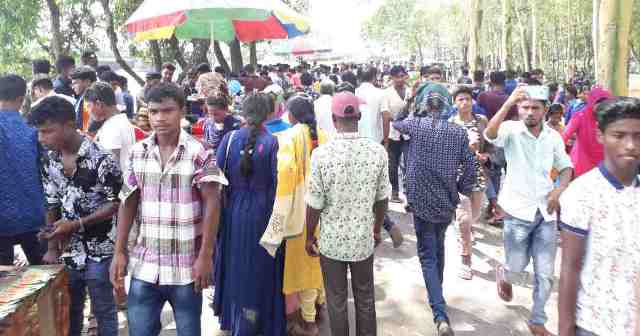 Online desk : The government has asked the field-level administrations to intensify their mobile court drives so that people exercise precautions like wearing face masks as the public awareness about Covid-19 safety measures has declined.
“We’ve already asked the field-level administrations to go for further extensive enforcement, if needed,” Cabinet Secretary Khandker Anwarul Islam said while briefing reporters at the Secretariat after the virtual Cabinet meeting, reports UNB.

Mentioning that the issue was also discussed at the Secretary-level meeting on Sunday last, the Cabinet Secretary said the Information Ministry on Sunday was particularly directed to conduct awareness campaign in a greater way.

“We strongly recommended these at the secretary-level meeting held yesterday (Sunday),” he added.

In the case of massive mobile court drives, the field-level administrations were asked for taking measures to publicize the punishments being given, said Anwarul Islam.

“If people see someone punished by mobile courts for not wearing masks, they’ll be aware about it,” he said.

The media can also play an important role in raising the public awareness covering the news over the punishments given by mobile courts, the Cabinet Secretary added.

“It’s now seen the awareness about corona precautions among many people has declined. But it’ll have to be enhanced,” he said adding that people must take precautions.

The Ministry of Information was asked to go for a greater awareness campaign at the field level by using loudspeakers and hanging billboards, said Anwarul Islam.