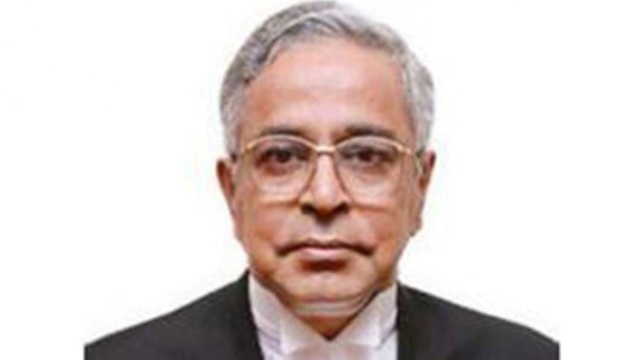 online desk : Chief Justice Syed Mahmud Hossain has formed 18 High Court benches to hold hearing through physical presence from August 12 as the regular court proceedings starts after five months.
A High Court Division notification, signed by its Deputy Registrar (Administration and Judicial) Mohammad Aktaruzzaman Bhuiyan, said the chief justice has formed the benches to hold trial proceedings at the High Court Division from 10.30am on August 12 through physical presence.

Meanwhile a separate notification said the chief justice has formed another 35 benches at the High Court Division to hold hearing virtually.

“The Chief Justice has formed the benches to hold hearing in line with the ‘Adalat Kartrik Tathya Projukti Byabohar Ain 2020’ and practice directions issued by this court, and by using information and communication technology and without physical presence,” it added.

The notifications came within a week of the full court meeting of the Supreme Court on August 6. It is believed that some judges at the meeting opined for regular proceedings, while others suggested continuing virtual hearing.

The lower courts across the country however, started their regular operation from August 5, more than four months after the government declared nationwide general holiday and subsequent limited operations to tackle the outbreak of deadly coronavirus (Covid-19).

To stop the transmission of Covid-19, the government declared a general holiday from March 26 to May 30. Later, courts started limited operations virtually and in line with the practice directions were issued by the apex court.