Killing of expatriate in crossfire: OC Pradeep, 22 others sued 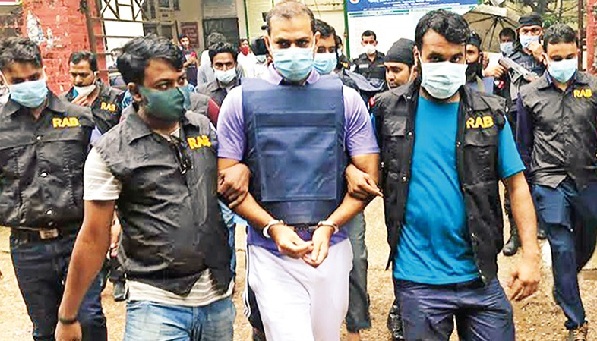 Online desk : A case was filed with a court against suspended Teknaf police station officer-in-charge (OC) Pradeep Kumar Das and 22 others on Wednesday in connection with the killing of an expatriate Bangladeshi in crossfire.

Nurul Hossain, brother of the victim Mahamudul Haque, who was also an expatriate, alleged in his case that police demanded Tk 10 lakh as bribe from his brother.

“They (police) picked up my brother from our house as he refused to pay the bribe on March 28, 2019. Despite my brother paid Tk 5 lakh, police killed him in a crossfire on March 31.”

He further alleged that they had been receiving constant threats even after the killing of his brother.

“There was no scope in previous days to lodge a case as we had no safety and security. We choose to file the case this time considering it as suitable for us,” said Nurul.

Md Kashem Ali, lawyer of the plaintiff, said the court asked Teknaf Police Station OC to submit the details of the case within September 7 after analyzing the case.