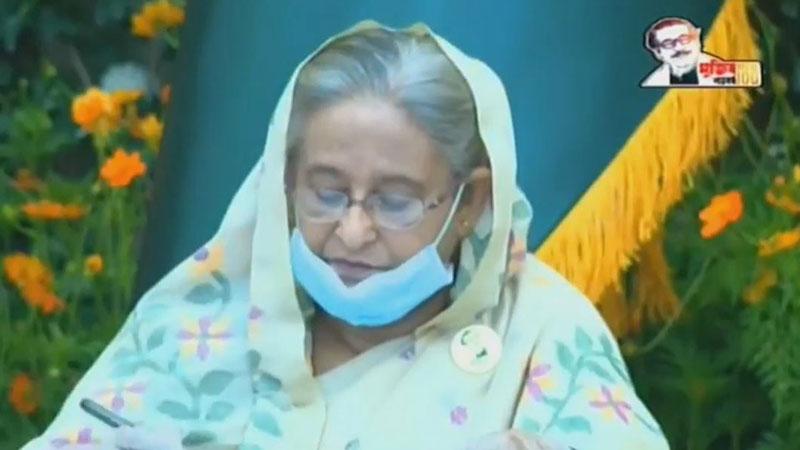 Online desk : Urging all to maintain austerity in electricity use, Prime Minister Sheikh Hasina on Thursday said it will not be possible to always provide subsidy for power generation.

“It’s not always possible to give subsidy… everybody should keep it in mind,” she said.

Sheikh Hasina said the actual cost of power generation is much higher than the price per unit at the consumer level.

She mentioned that the government is still giving subsidy to provide power at a lower price to the consumer level. “We’re giving electricity connections to consumers at a lower rate compared to the production cost.”

The Prime Minister urged all to maintain austerity in using power because the government is giving a huge subsidy to this power sector.

Hasina mentioned that the government has to create that capability for people. “That’s why we’re providing these facilities for people.”

Currently, she said, 97 percent people are now under the electricity coverage with the capacity of 23,548 MW while the government has set a target to raise the coverage to 100 percent by 2021.

The Prime Minister said the government is setting up 100 economic zones across the county where there will be industrialisation and employment generation for which more electricity will be needed.

She said the more people will “use Digital Bangladesh”, the more electricity the country will require.

Recalling the negligence of the BNP-Jamaat government towards Tungipara (Gopalganj), the birthplace of Father of the nation Bangabandhu Sheikh Mujibur Rahman, she said the present government never neglects any specific area in the process of development.

Of the two newly-built power generation stations, one is in Bogra, Hasina said.

Talking about the August-15, 1975 massacre, she said the whole nation had lost its future hope and desire with this massacre.

State Minister for Power and Mineral Resources Nasrul Hamid along with his officials were connected from his Ministry while a cross-section of beneficiaries from five districts also virtually connected with this programme.The Prime Minister talked to some of the beneficiaries through the videoconference.