None can say what would happen in Bangladesh: Quader 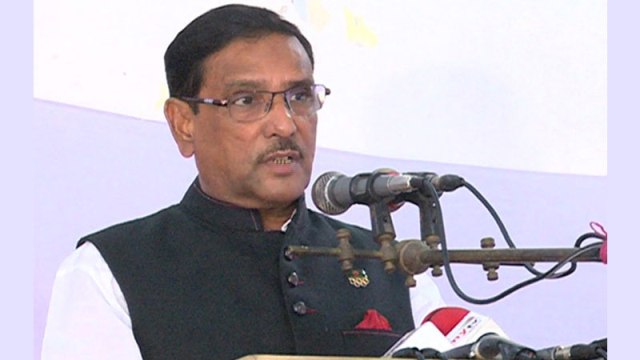 He also asked the party men not to abuse power.

“No one remains in power forever. The August 15 carnage took place in Bangladesh with the blink of an eye. Even, August 21 grenade attack happened suddenly. Now the party is in power. Do not abuse power. When you will be out of the power, the opponents will take revenge,” he said.

Quader, also Road Transport and Bridges Minister, came up with the remarks while addressing a discussion virtually from his official residence.

The AL general secretary said opposition would strike during tough time if there is internal feud in the party and if the party does not give importance in forming unity.

“I believe that another clique could not have killed Ziaur Rahman if he had not involved in the assassination of Father of the Nation Bangabandhu Sheikh Mujibur Rahman and if he would have brought killers of Bangabandhu to book,” he said.

Referring to killings during the regimes of by Bangladesh Nationalist Party and Jamaat-e-Islami Bangladesh, Quader said they rewarded the killers of Bangabandhu.