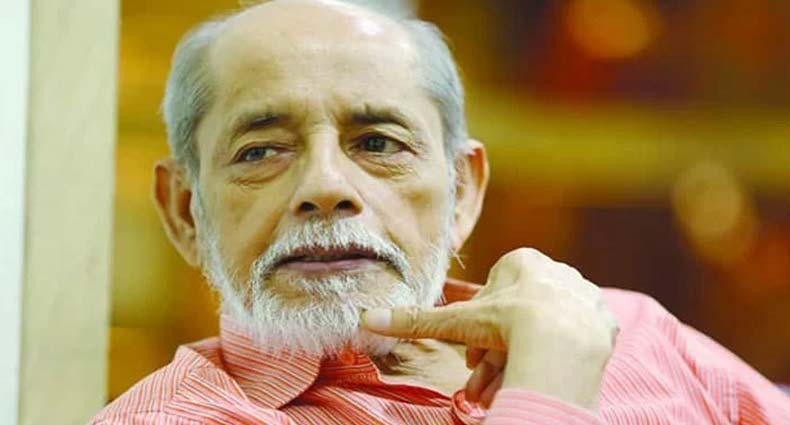 Online Desk : Noted journalist and litterateur Rahat Khan passed away on Friday. He died at about 8:30pm at his residence at Eskaton Garden in Dhaka. (Inna Lillahe Wa Inna Ilaihe Rajewn).
He had long been suffering from various old-age complications.

It is learnt that Rahat Khan’s body will be kept at BIRDEM mortuary. According to his final wishes, he will be buried at Martyred Intellectuals’ Graveyard at Mirpur.

Earlier on July 21 last, Rahat Khan underwent treatment at the intensive care unit (ICU) of BIRDEM Hospital at Shahbagh in the capital.

He was rushed to the BIRDEM Hospital after his physical condition was deteriorated at his home. He got hurt in his waist falling from his bed inside his bedroom.

Later, his X-ray was done at the advice of physician and deep injury was found in his chest. Since then he had been taking rest at home. But, he developed breathing complication on Tuesday morning. Later, he was rushed to the BIRDEM Hospital from his residence where the doctors admitted him to the ICU.

Ekushey Padak recipient Rahat Khan has long been suffering from heart disease, kidney ailments and diabetes. He had been staying at home since the outbreak of coronavirus. But, he had been facing difficulties in having food.

Rahat Khan was born on 19 December 1940 in Kishoreganj district. He completed a degree in economics and philosophy at Ananda Mohan College. He earned his MA from the Department of Bangla Language and Literature at the University of Dhaka in 1961. For the next eight years he taught Bangla at various colleges, including Jagannath College in Dhaka.

In 1969, Khan joined the Bangla-language daily newspaper The Daily Ittefaq as assistant editor. He spent over four decades at the paper, eventually becoming its editor. After leaving Ittefaq, he was advisory editor of Dainik Bartoman and served on the board of directors of the national news agency, Bangladesh Sangbad Sangstha (BSS). In March 2016, he was appointed to a ​2 1⁄2-year term as chairman of the board of BSS.