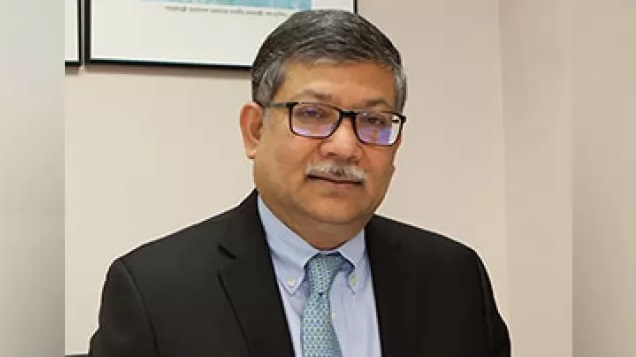 Online desk : Bangladesh Foreign Secretary Masud Bin Momen is likely to arrive in New Delhi in middle of September, a month after his Indian counterpart’s sudden two-day Dhaka tour, reports BSS, quoting diplomatic sources in Dhaka and New Delhi on Sunday.
“It will be a return visit (as) Indian foreign secretary Harsh Vardhan Shringla during his August 18-19 Dhaka tour invited his counterpart to visit India at his earliest convenience,” a senior official at Bangladesh high commission in New Delhi told BSS, preferring anonymity.

He, however, said the date of Bin Momen’s expected visit was yet to be finalized but the high commission assumed it to take place by middle of September.

A foreign ministry official in Dhaka substantiated the high commission source in Delhi saying that the preparations were underway for Bin Momen’s India tour.

“The date (of the visit) is yet to be finalized, but the tour is expected before long,” said the official, wishing to be unnamed as well.

During Shringla’s Dhaka visit, it was decided that the 6th JCC talks could be held through virtual media in view of the ongoing COVID-19 pandemic.
The 5th JCC meeting was held in New Delhi in February last year when Bangladesh Foreign Minister A K Abdul Momen and his the then Indian counterpart Sushma Swaraj led their respective sides.

The high commission official in Delhi said ahead of Bin Momen’s visit, the two countries could operationalise Dhaka-New Delhi flights under an “air bubble travel arrangement”.

Asked how the system could be launched, the official said a “note verbal”, instead of a formal agreement could suffice to make operational the makeshift arrangement for the pandemic period.

Shringla proposed the arrangement during his visit while Dhaka accepted the proposition though its modus operandi is yet to be finalized to operate limited flights exclusively between the two countries for officials, business people and medical travelers.

India said it by now introduced such air bubble with France, Germany, UAE and the Maldives.

During his meeting with Ganguly, state minister for civil aviation and tourism M Mahbub Ali suggested that the civil aviation authorities of the two countries to set modalities for the air bubble mechanism so both the neighbours and their people could get the maximum benefit of the system.