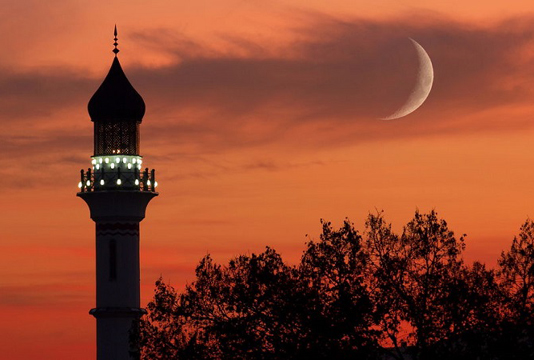 Online desk ; The holy Ashura, commemorating the martyrdom of Hazrat Imam Hussain (RA), was observed in the country on Sunday with due religious fervour and solemnity.
On this day in the Hijri year of 61, Hazrat Imam (RA), a grandson of Prophet Hazrat Muhammad (SM), along with his family members and 72 followers embraced martyrdom at the hands of Yazid’s soldiers in the desert of Karbala to uphold the teachings of Prophet (SM).

The day was observed as a symbol of “sacrifice and mourning” recalling the martyrdom of Hazrat Imam Hussain Ibn Ali (RA) in the battle of Karbala on the 10th of Muharram.

In his message, the President said: “The Holy Ashura is a significant and mourning day for the whole Muslim Ummah.”

On Muharram 10 in Hijri 61, Hazrat Imam Hossain (RA), and his family members and companions had embraced martyrdom for establishing truth and justice in the fight against the soldiers of Yazid on Karbala Maidan, he added.

Their supreme sacrifice for upholding the ideals of Islam remains as a glorious event in the history, Hamid said, adding that the tragic incident of Karbala inspires the Muslims to be vocal against any injustice and repression and lead the life in the path of truth and beauty.

Prime Minister Sheikh Hasina, in her message, said the sacrifice of Hazrat Imam Hossain (RA) and his followers to establish truth and justice in society is a glaring and emulating example for the Muslim Ummah across the world.

“We, however, are observing the Ashura this year in a crisis period. The coronavirus has paralysed the whole world. Our government is taking all necessary steps to face the situation. We continue all sorts of support to the people,” she said.

In the procession, the Shia Muslims expressed mourning and grief by walking barefooted, following the health guidelines.

On Saturday, a discussion on the significance of the holy Ashura was held at Baitul Mukarram National Mosque in the capital after Johr prayers.

Amid the ongoing coronavirus crisis, brief programmes were taken all over the country, including Dhaka, on this occasion.

The Dhaka Metropolitan Police (DMP) banned all kinds of tazia, mourning and pike processions in the city area.

However, devoted city dwellers were allowed to perform religious rite following the health guidelines. But, carrying of knives, daggers, scissors, spears, swords, sticks and displaying of fireworks and crackers were strictly prohibited.

The day was a public holiday.